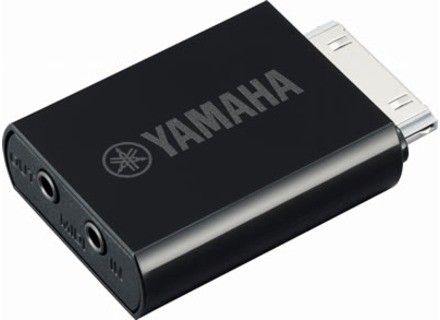 View all offers for Yamaha i-MX1 »

Yamaha i-MX1
4
The I-MX1 is an interface cable that will allow your iPhone or iPad to be able to connect right to any MIDI instrument you want. The set up is really easy, that is probably the best part about it, it really doesn’t require you to do much stuff with your phone in order to get it to work. The I-MX1 will allow you to play an apps sounds from a real instrument. I have used it with the guitar app and piano app on my iPad and used it with my UMX MIDI controller. Everything works great and has never gave me any issues. The problem is , is that it is more of a toy to me and not really doing anything with my music. I only recommend purchasing the I-MX1 if you just want to play around with real instruments instead of doing it on the app.

I have not receive a single driver update but the apps for the instruments update pretty frequently. The set up is very easy to get your MIDI instrument and iPhone or iPad to sync up. I don’t really feel that it is possible to overload this MIDI interface because it only has a single connection port.

The price of the I-MX1 is reasonable and its easy to use. But as I said it was more of a toy to me so I got rid of it and probably wont get another one, the whole purpose of downloading the app is to be able to play with the instruments right on your phone and iPad for fun. If you want to use your midi controller to really lay something down then you mine as well head to your studio. The sound quality is ok, its about as good as its going to get out of an instrument app. The I-MX1 was a good purchase for me, I just don’t have a need for it anymore.

aitd's review (This content has been automatically translated from French)" Finally ..."

is simple and good quality!
Did you find this review helpful?yesno
»

Published on 04/14/11
Yamaha introduced the i-MX1 at MusikMesse - a MIDI interface that‘s connected to the Apple iPad and offers possibilities to control MIDI equipment.