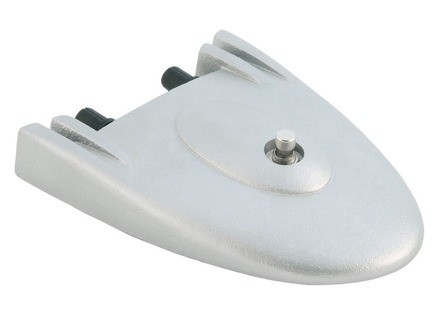 Roger Mayer Octavia
5
i ordered this baby off of the musicfriend's website.it was $179.i bought it because i wanted a srv,hendrix,kws, octave up sound.

i really like this pedal because it got the sound i was wanting exactly to the T.the controls are really basic.sounds good.

it is made of metal.u couldnt break it if u wanted to.

odofredus's review (This content has been automatically translated from French)

Roger Mayer Octavia
4
We do not really Submitted Octavia, historical effect of Jimi Hendrix, two effects in one: a fuzz and an octave. Roger Mayer silent technician effects of Jimi Hendrix, Jimi Page, but also, so there is the know-how! Effect type trs original, which allows for sounds weird enough, the wise and unique design, trs cool, the flying saucer.
Apart from a, not true bypass, no LED, which can be a bit boring rvler, and change the battery, while the rear is dvisser the pedals (but good in six months, I have not had to change it).

Two knobs, one can no longer simply a CT volume, on the other, the gain. In Ralite there are only two possible rglages: either fuzz, which is frankly disparatre the octave (gain background, zero-volume) or octave (the reverse) that the coup is the fuzz disparatre
So rev limit use, and given the configuration of the pedals, it is almost impossible to change the current song rglages or even between two pieces (the knobs are not accessible trs must raise the pedals or the back).

Well, I am one of the Octavia is sr, we can get sounds pretty unique, and your exact plutt obtained is not bad in octaves, has almost sounds like an old synth 70s, with fuzz, adchire, but I never can t penetrate or vritablement the mix, or to find the sound I was looking for the leader and as well as we can not easily switch between the other
That said, it would seem that to fully enjoy the capabilities of the Octavia, it must be like Jimi is - to say back in with another Octavia Fuzz. I never had the opportunity to try, this may be the secret

I bought the Octavia in December, sold in April I'm not saying it's a bad pedals, I may be unable to use it well
Anyway, it does not offer a PDAL a great diversity of sounds, the try before you buy is when even a particular purpose trs. Now it should be possible to compare it with other Fuzz / Octave, I have not had the opportunity to do so.

Roger Mayer Octavia
3
fuzz octave has all the old analog
a big box design "space" without an LED footswitch input and output knobs 2
for the price it could still a LED meter !!!!!!

fuzz drive module octaver
according to the impedance of the guitar is useful .......

historically it is the second octave roger mayer
Roger Mayer has created the first transformer base has "octavio".
tycobrahe was then transplanted the circuit while Mister Rogers reviewed his copy and change the principle of the transformer diodes ...... cheaper and less bulky almost similar response ..... and all the brands we followed the principle ....
and later integrated circuit was succeeded in synthesizing real octaves ... but that's another story ......

WARNING this is not a very special octaver "modern" which recreates octave at the same level as the original signal is something very subtle on some harmonics ....
we like it or not
it unusable power chords (especially the drive .... very thoroughly draft): (
play and preferably with a stratum
exclusively from the 12th fret with the knob tone right up in the bass (treble cut) on the mic ... serious or intermediate position and notes that solo.
therefore controllable from microphones and tone

it is a pedal which s'aprivoise
somewhat capricious
the principle he plugged his guitar hendrix fuzz face one of the module and just wahwah octaver ..... in fact it is missing from this pedal an equation or even an insert to plug a wah
because the more he swings a signal dull the effect more octaves (acute harmonic) means (that's why hendrix wah plugged a front controller for the effect octaves)

there is the above model is much better because there is a tone
the vision octavia
the sudden become controllable effect "Octave" is a worse and led !!!!!!
(Wah luxury!)

pedal at almost booked a fan of Hendrix at solo .... which ironically is when even a guitar player more than difficult to mimic the level has to !!!!!!!!

a try before you buy ..... especially since it's expensive
you pay the roger mayer hendrix Because ....