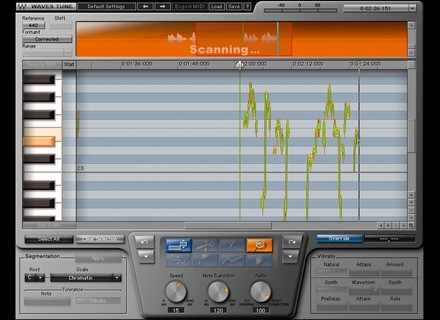 All user reviews for the Waves Tune LT

Waves Tune LT
4
As I said in the previous review, being off pitch is one of the three main things that can really destroy an otherwise perfect take. Waves has a plugin called Tune that works great for fixing this. However, not everybody needs the features that it has. This is a simplified version of that plugin to help people work faster. The plugin looks very similar, but it has a few less options than the actual Tune version. The plugin has adjustments for reference pitch, formant corrected/non-corrected, pitch shift meter, a nice edit window, segmentation controls for root note, scale selection, speed, note transition, ratio, various levels of undo/redo and a few more features. To use this, simply enable it on whatever vocal buss you have inside your DAW, and you're good to go. It's a very simple plugin, so there should be no real need to read the manual.

This has less features than the normal Tune version, so if you're dealing with a mix that's nearly perfect, this plugin will probably be better suited for that purpose. However, I find myself wanting the extra controls that Tune offers, so I tend to reach for that version more often than not. That's not to say this isn't powerful; it is. It's a great plugin, but I'm just so used to using the regular version that I don't normally bother using this unless I just have a real quick correction to make.
View price information
Did you find this review helpful?yesno
Cookies help us improve performance, enhance user experience and deliver our services. By using our services, you agree to our use of cookies. Find out more.