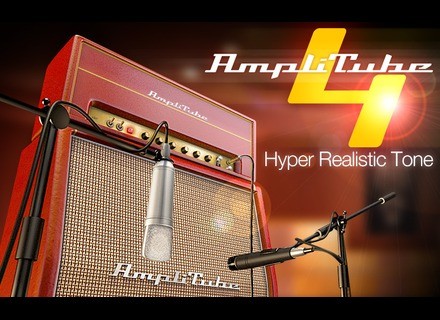 tarz200tdi's review"An interesting evolution from the previous version, but with a real latency problem"

IK Multimedia Amplitube 4
3
To begin with, my review only intends to be an average user's review - I'm not a geek or anything, my computer is quite correct but ages slowly.

The first overall constatation is very positive, espacially compared with Amplitube 3 which never managed to convince me to let my POD HD down (into Garage Band), which sounds were quite better (cleaner, more realistic, more dynamics, in a word more of a real mic'ed amp than a digital bee-like tone). With version 4, it's way easier to get a "real sound", which can entirely be set up as you like (amp, fx, cab, speaker, mics and so on), plus with a real interaction between all elements. Grain-wise, I finally feel a real pleasure playing on computer-based models (with lows that hold up, musical hi-mids and dynamics at both your right hands and volume knob). My POD only (temporarily?) owes me keeping it to its role as a soundcard.

Yet, I have a real latency problem. This already was a problem with Amplitube 3, but reversely. Here's the problem:
&gt; in standalone mode, Amplitube 3 worked very well, but using it as an AU plugin in Garage Band was just horrible
&gt; with Amplitube 4, it's just the other way around: standalone mode offers a horrible latency (with the buffer set at 512), but everything goes well in GarageBand after faking I intended to record, unless I try to create a new, quite complex preset, then latency goes nuts again. No problem, you record again, start a new countout, stop and it works!

I want to make it clear that this latency problem occurs while CPU and RAM uses are still very, very low.

Finally, after detailing these problems which may owe as much to my equipment and rather modest qualities as a user as to the software itself, it's a coherent product for training and home recording.
Did you find this review helpful?yesno
»

Published on 10/29/15
IK Multimedia has just released the fourth version of its guitar and bass amp simulator series: Amplitube.

Listen to the 59 audio files about IK Multimedia Amplitube 4 »