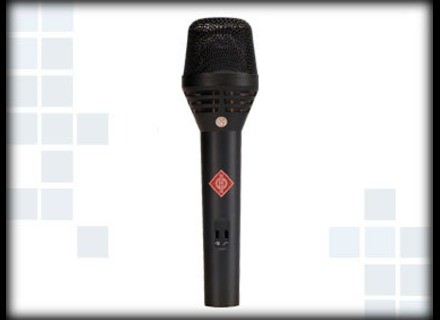 anim222's review (This content has been automatically translated from French)

Hi all, I currently have a 87 shure beta and I want to go upmarket.
Advisor to me?
I hesitate between the KMS 105 and KMS 150 ...
Thank you in advance for your advice ..
Did you find this review helpful?yesno
»

abdel42's review (This content has been automatically translated from French)

Neumann KMS 150
5
KMS 150: APRS to used the KMS 105 for about a year, I finally crossed the DCID not buying the KMS 150 (a thanks to a super "OCCAZ" it must be said)
- So we say, we almost reached perfection. need I say more?
I like everyone else starting with an SM 58 and then I followed up on a Beta 87 (plutt good microphone) and then I saw the micro rvolution scne of the KMS 105 , (just for you also a regular forum or magazines zic gear is a IDE for s'tre in this direction).
At the time of hire I also had the opportunity to try seinneiser ... and just about everything is being done in micro voice. All have their default, and bumps his more or less variable, except for the KMS 105 and still only a bump in the top lgre mdium.
But come now master of them all .........
In short, I finally Discoveries on top of the pyramid! THE KMS 150
This mic has really only one default ... the price. Although it should acknowledge the technological prowess that has probably cost research, as I said a curve without any default (and I stress this because all of the same impressive), but also a return of Grain Neumann as when we have love is blessed possd a U87 or have singing in it. But no effect of proximity plosives are almost non-existent or really need EXAGRES.
The grain is so clean and beautiful that we could I think quite a choice, do without a prampli, to concertr of cce that accommodates micro totut made PRMP console base.
That said I do not tell you the happiness, to put a Focusrite or Avalon (spcial any mention of even the most nervous Focusrite Isa 430).
This is the top, one day before and rve for those who might think that j'xagre, I advise them to worry prter a (possible an all good shop for a deposit) and get an ide.
Frankly I'm so excited, I'll find myself a pity we have never known as you are prvenu, AYou make your opinion .... A word.

- So I just bought it.
- Only default, the price is Euro 1200 is expensive, but it must be admitted, has the true death.
- CF Global Review, I basically tried all this is done before that the vocal mic (I'm a freak and a bit of his stuff)
While price-Report Qualit? At the risk of rpter, price justification! but hey is not in the pockets of sea urchins, I'll even say it is an essential investment for those who want the top.
- With the exprience ... this is my best investment since j'achte of gear (with my Focusrite)

itchounet's review (This content has been automatically translated from French)

Neumann KMS 150
5
This condenser microphone is rather intended to live the sound of the voice, but you can find her many other applications.
It features an attenuator and a low cut has the old one.
The finish of the microphone is perfect, it comes as all neumann a solid wooden box.

Bought used two years ago for just under € 1000, I am fully satisfied with my achat.Sur a female voice live it n 'there is no better, he ridicules the other pickups on the market for all types of voice (including the model below Neumann). In the studio for a live voice making it also quite the case, and I is also used often in overhead or charley ride, it really sounds beautifully in the upper spectrum . I have also picked up a violin ...
Despite the technology, it remains very robust.
Unfortunately the quality has a price, but that is far more than the ultimate live vocal mic if cherche.Je project to buy a second ...