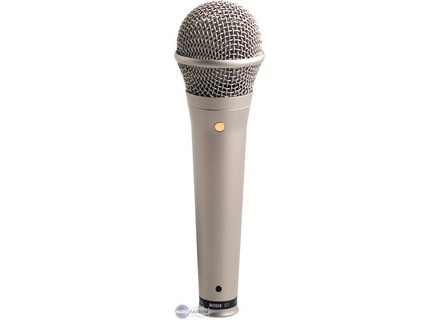 RODE S1
4
This pickup is a stacked single coil. This means it has two coils, one for sounding and another for hum cancelling. It only comes in a black cover. It is a little taller than a regular Fender single.
I have been playing guitar for 13 years. I haven't been in a serious band yet. I am into rock n' roll and ballads. I love hard rock, metal, classic rock, progressive rock, acoustic stuff, slow rock and others alike.

I have found the S1 by browsing the web. I have paid 70 dollars for it. The store mid-famous where I live and it's called Barramusic.

Pros: sensitivity (it detects anything that happens in my playing); brightness (it has a very good treble response); clarity (it's easy to identify every note, even when I play full chords with overdrive); cleanliness (the tonal characteristic is totally the opposite of overdrive when I play it clean). Silent (it has no humming at all. Every pickup generates feedback, but this one generates very little and its feedback sounds charming to me. An Epiphone Standard Humbucker generates a very uncomfortable feedback, not to say ugly).
Cons: it lacks organic appeal. A Fender TexMex shall sound very organic while the EMG HZ S1 sounds very metallic. Also, the S1 is too 'opened', but I believe it is due to its output (higher than a regular Fender single).

The S1 is very well built. Very sturdy. The pickup and its cover are glued. I have read that inside the pickup, despite the coils, there's a section which literally contains nothing, that is, vaccumm. The cover's very polished and beautiful. The company name is boldly written in gold on the right lower corner of the cover. It looks good to me, though I have covered the letter 'E', 'H' and 'Z' so I can see the initials of the girl I love. EMG pickups can be romantic too. Hehe.

The pickup doesn't sound good for any classic, vintage and organic styles. It's very good for heavy rock and ballads. Psychedelic stuff may be good too for it doesn't alter the sound of the pedals.
My rig is: Boss CS3, Boss OD2, Boss GE7, SansAmp Classic.
I rate it 4 due to its lack of organic character. Nevertheless, it's a terrific pickup.