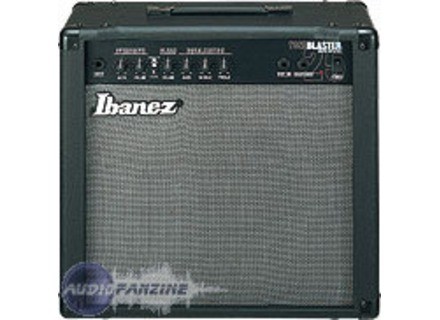 Ibanez Tone Blaster 25
2
this is my 2nd amp. the first was a small crate gx15 with some mods to rid of the bugs like the tune knobs. Now i have this toneblaster that i got for $147 at a distant tune shop. its ok.. not quite as loud as i thought it was gonna be and not something that you could take into a gig.

this unit is not quite as loud or clear as i thought it should be. This is a very cheap looking model. the speaker is a 10" but only has an 8ohm rating. I plugged in my other amp crate gx 15 and it had a much crisper tone than the toneblaster and damn near as loud too. I give a thumbs down on Ibanez tone blaster 25

i took mine back and spent the extra cash and bought an mx20r crate amp that is smaller by 5 watts but has a WAAAAAAYyyyyyyyyy....... better sound.