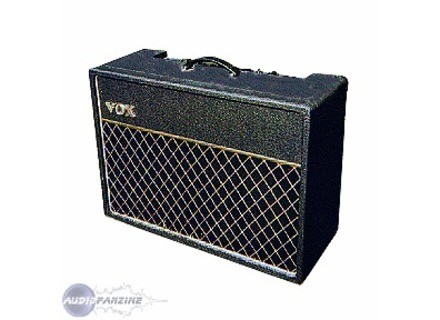 
1 user review
Find it in the classifieds starting at $15 Avg used price: $15

Vox AC30 Solidstate
1
This amp is just god awful! Putting a solid state amp and calling it an Vox AC30 is just blasphemy. VOx is becoming more and more unlikable. They have taken a great product and completely flushed it down the toilet. Do they have any shame at all? The simple answer is no.

I suppose they think with the new generation they won't know what a real Vox AC30 is and they can scam them out of money think they are going to sound like the Beatles. Sorry kids you are going to get a chance these days if Vox continues to shove this and their new amp line down the shoot.

Sure the voicing sounds similar to a Vox Ac30 but there is nothing that sounds like a real Vox Ac30 in this amp. I am going to give it an unusable rating across the board for the simple reason of purity. They have not kept this thing pure and the result is they start to build more garbage amplifiers and pulling them from China.

This amp is much cheaper than a real Vox because it is all digital and solid state. So the price will attractive unknowing consumers to the troth. What they get will not be Brian May's tone from Queen or the Beatles tone or even the Edge from U2...no what they will get a a cheap version of a classic amplifier. They stick the logo on there and ride there name into the ground.

This I believe was the beginning of the era for Vox. I believe these amps were first produced in the 70's and it lead to them continuing the path of trash products. There are good purposes for solid state amps and a Vox Ac30 isn't one of them. I would recommend passing on this amp.