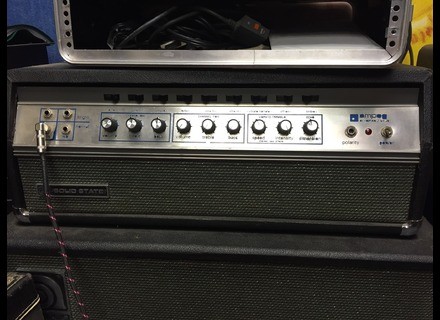 Kevin Spiers Angela Elmore-Spiers's review"A rarer blast from the past."

Ampeg ST-25L Olympian
4
First proper semi pro band I joined had one of these. Used with a Hiwatt 4x12 cab. I was in heaven, a Cadillac as opposed to the clapped out Austin, Vox, AC30's I used up until then. Great reverb, a vibrato that sounded almost 'Leslie' like, silver grill cloth, and it was 'American'. Perhaps a little under powered, but used in conjunction with a locally built power boost, sounded great . I wonder if those boys still have it lying around?
Did you find this review helpful?yesno
»