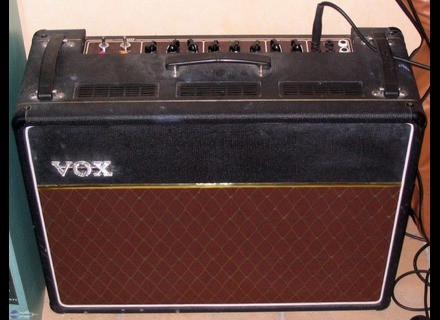 All user reviews for the Vox AC30 TBX

Vox AC30 TBX
5
This amp is just tone for days. I cannot think of of a better amp that Vox could have made when this thing was released. This amp was everything you loved and wanted out of the old JMI amps from the early 60's These I believe are the last of a great tradition in quality and in tone.


If this is the sound that you are going for then there really is not anything better out there. There haven't been too many clone amps of the Vox Ac30 so you are quite limited in trying to obtain that vintage sound from the 60's. This amp is as coase to the original I believe that Vox has done in the last 20 years.


If you are going for a particular tone then the Vox isn't going to be it. If you are going for a Vox or Brian May tone then there is only one way to go. You will need to get a JMI/ Jennings Music Industries Vox AC0 amp. This amp has a unique tone which is only Vox. These I believe were made in the 90's and the last great Ac30 made before Vox switching manufacturing to China.

I would recommend this amp to anyone looking for that Vox tone or any music or record engineer who needs a good arsenal or tones. You can't make a Marshall sound like this amp and you can't make this amp sound like a Marshall.
Did you find this review helpful?yesno
Cookies help us improve performance, enhance user experience and deliver our services. By using our services, you agree to our use of cookies. Find out more.