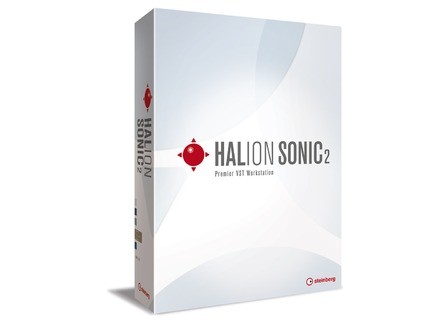 Steinberg HALion Sonic 2
1
No problem with the installation. The only thing missing was that!

I7 960 runs on, no problem.
The interface is absolutely not functional, not much thought at all. Instead of facilitating the handling by users, programmers prfr force it to comply with the requirements of their product. Thus, if the window of choosing a program is opened, it is the only active, so it is impossible, for example, start playing your squence. We must select the program, close the window, start playback, open the window "programs" if you want to try a different sound, and so on. This is the only VSTI in my possession which forces do that! Also, if you have a sound in a slectionn CATEGORY (low example) This category is no longer selects when you open the new program window, so you remember what the sound was part GRADE slectionn !!! It's great no matter what!

And then, everything is secondary if the sounds were spectacular, but it has to be recognition that these are sounds heard 2000 times, of very average quality and give you a pill composed "midi" worthy of 80. Extremely dcevant years!
There are only a few sounds (without much originality that stand out. But they do not save the whole.

I use it for several years and indeed, almost every time I wanted to put it in an compo, I ended to prefer him another VSTI like Kore 2 Native instrument such offering banks more diversified and well most interesting sounds.
I highly dconseille purchase, do not waste your money, go your way!
Did you find this review helpful?yesno
»

[BKFR] 40% off selected products at Steinberg