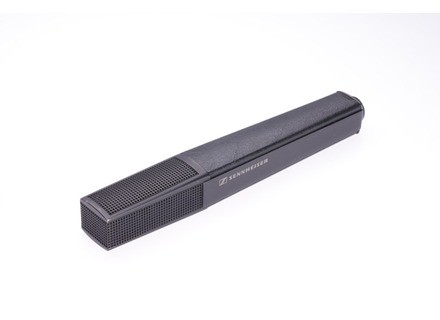 BF 541, Dynamic Microphone from Sennheiser in the BF series.

Sennheiser BF 541
5
The BF541 is actually an MD441 revised in 1980, from the series "Black Fire".
As 441, the dynamic microphone that mounts the highest in the spectrum, the BF541 has the same dynamic capsule, the same elongated parallelepiped shape, but this time in black and bottom rotary cutter around the XLR has been changed by a Inter-low cut on the body of the microphone, on / off only.

I often use my MD441, the BF541 is going to come in as reinforcements when needed and also when two shiny microphones are a bit too see in the recordings (video).
I have my 441 for almost 15 years, the 541 since late 2012.
441 or 541, it is safe to have values ​​in the case of microphones: clear and clean sound, unmatched bandwidth (yes, it can replace a static when there is too much wind, for example), rock solid!
Advantage, the 541 is less known, less expensive