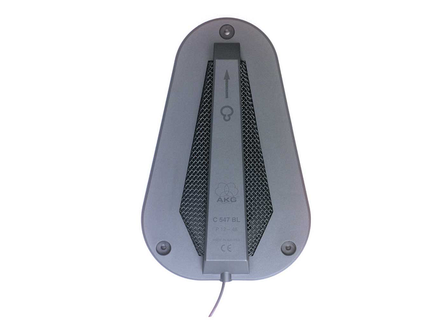 AKG C547BL
5
Micro hyper-cardioid for kick drum that pose inside.

This is the best bass drum mic that I had on hand.
I do not know and have used 2 times.

A group that I had background music for a concert happened with that, I plugged in and there magic!
Subs and attack a very neutral sound (just a little bump in the 6k).
I do not know what to say, it was just unbeatable, I tried AKG D112, Shure Beta52, Audix D6 of, the RE20, M88, beta 91. I never found this depth, its so full ally to attack barely improved.

The second time, the same drummer in his main band, in another room, rebelotte, sound hard all full of serious precision. I told him about it and he told me it was a big Italian sound engineer who advised him.

I would really like to try it with another drummer in the studio, I think that this is the cream of the crop.

Here's a link to the group, I do not know if they were recorded with but there is a good chance that yes (I admit its a little dough):

https://zeuspower.bandcamp.com/
Did you find this review helpful?yesno
»