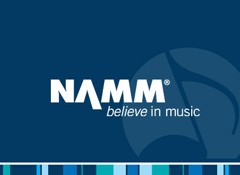 There's no New Year without New Gear! Once again, we start 2015 in Anaheim to tell you all about the new products the audio industry will bring you this year : musical instruments, DJ gear, software, recording material, and more.
Follow the Audiofanzine team in the NAMM Convention Center for a full coverage of show...