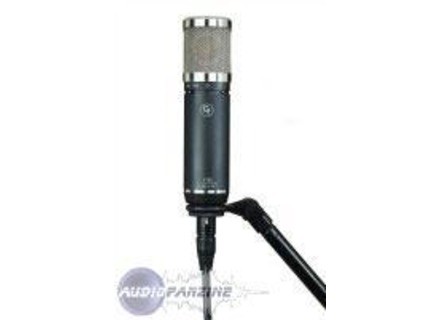 Groove Tubes GT-55
3
This is a large diaphragm condenser mic. It's best suited for recording applications. It's a cardioid pattern and requires phantom power. The mic also has a switchable high pass filter, and a switchable pad for really loud source material.

I have been using this mic for about 3 years. This mic is basically sort of an average one. I have found that it is very hit or miss when recording different things. I have had some success with recording acoustic guitars and floor toms with this mic. I have found however that it tends not to be as detailed as I like for something particular like lead vocals. It imparts a certain quality a lot of the time that I don't like.

The highs tend to seem somewhat brittle, and the overall sound is somehow hollow. One bonus however is that it seems to be durable - I accidentally dropped it from the top of a boom once - and it had no damage. Nice to know with something fragile like condenser mics. But like I said, it is hit or miss - there are some occasions that I will try this out and beats more expensive mics. When used in conjunction with a second, small diaphragm condenser mic, I found that you can get some nice acoustic guitar sounds using this mic.

Floor toms sound nice and bassy at times with this mic, but since its a condenser you still get plenty of the attack. It is however rather cheap, so for the ~300 price range it's not bad. I'd probably suggest a mic in the Shure KSM line for this price range for a large diaphragm condenser though. I am sort of on the line when I think about if I would get this mic again. Most of the time it disappoints just a bit, but sometimes it's just the thing.
Did you find this review helpful?yesno
»