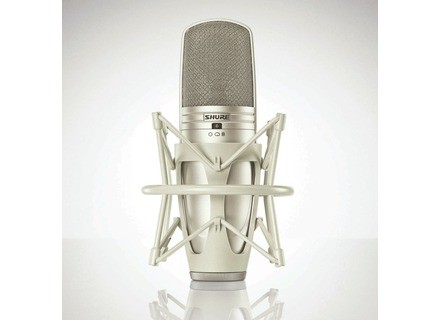 Quality of sound is excellent. Build quality phenomenal. Built-in pop filter protection (3 screen layers. Natural, uncolored sound. A vocal mic that excels on other sources as well. There is some pleasant color in the Cardiod position. softer top end. Great value for the price. TRY this mic before you BUY if you can.
CAVEAT - an extremely SENSITIVE microphone. As sensitive as a BRAUNER Mics, which everyone (according to listed sensitivity response in their manual).

Unless you have a good acoustic space set up I would NOT recommend this mic for a noisy or somewhat noisy home studio. It will pick up everything as well as the noise outside; and tiny reflections from the room as well. This mic will pick up all vocal 'mechanical' noises (lip-smacking, saliva noises, etc) as well as any imperfect acceptations that a singer might have.That is why I would say this mic is "Unforgiving".
I ended up selling the mic because for my voice it brought out my sibilance issues, and I tried everything (positioning/distance) and could NOT get rid of MY sibilance SIGNIFICANTLY at the mic.....

PLeas know that this issue, though,is NOT a character of the mic..every mic resonates a certain way with certain voices...and some mics are just not right for certain people. I have owned the mic for a couple of months, and have use it a lot for vocals/guitar. If I had to get another shure it would be the KSM 32 due to the flatter frequency response and lower sensitivity. My pre was an Focusrite ISA ONE