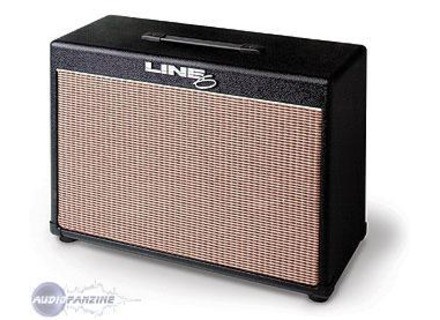 Line 6 Flextone II
5
I got it from Andertons, Guildford, for £300. It's normally £550! bargins like that make ya feel better about life!!

It rocks like an avalanche of stones on a big rocky mountain. Seriously, i used to play a squier strat (!) and it even made that sound good. with anything decent, its a pro unit. its a modelling amp, so u get loads of amp sims of clean and dirty channels - and it goes from *clean as u need* to *total nuclear fall out thrash grind* its better for metal and nice smooth overdriven rock than even the marshall avt 100 i compared it too. alright, so not QUITE as loud - but its close and....the tone!!!! the tone!!!!! actually seriously its a great amp - i'd choose it again.

it doesnt come with a footswich which would be handy. u can get one for about 60 quid though which is what i'm gonna get. everything else is perfect! trust me, get this amp, i cant believe more people dont have it!

erm, well its open back...but hell it makes no difference at stage volume and neway, its somewhere to store leads and picks and tuners and stuff!! i have seen studier amps but this one is pretty damn tough...and get this...its light!!! (fairly) - lighter than a marshall anyway

well for £300 it was a steal, but i think i'd still get it fopr the full £550 if i had to now i've played it. later on, get a floorboard too and you'll stand out from the marshall crowd and have a realy really versatile amp (with all the tricks and effects) that u can properly use on stage without any break up. if my band do well big time, then i think it'll b due to this amp. I LOVE YOU LINE 6!!

Line 6 Flextone II
4
I traded in a crate amp with $300. tp purchase this amp. I purchased it in upstate New York at Adirondack Guitar and Pro Audio

I like the Line 6 due to all the various sounds and amp emulaters that it has along with the ability to maintain it's sound quality as you turn up the volume. Some amps lose definition as you increase the volume. This does not. The pedal board that you can get is an added plus. Built in tuner with wah peddle. I also like the multiple channels to program in different sounds for different tunes that my band plays through the night. From the Beatles sound to Clapton to Matchbox 20 and Kiss, this amp will do you good. Finally an amp that you can have a great rythm sound and lead sound without 50 different boxes to stomp on...just one!!

The only thing I have found that I would change is the channel volume itself. If my rythm channel is set and I switch to another channel for my leads and it isn't loud enough I have to mess with the turn knob for that channel a bit to get the exact volume I want and then resave that lead channel at that volume.( set aside a few minutes to mess with that)!! I would make it a digital volume for the channel mix so that you can choose let's say 5 for a rythm and 8 for a lead rather than a turn knob. The master volume is a turn knob and that's fine. Overall a great amp though.

This unit is durable and travels well. My band plays every weekend and I have had no problems with it. I have the 2x12 cabinet and it does have some wieght to it but stands strong for up keep.

Overall I would rate this amp a 9 out of a possible 10 and highly suggest it to people. My other guitarist in the band is a die hard Marshall tube guy and even he was impressed with the amp and has thought about getting one. You can't beat the clean sound anywhere and the distortion rocks!!!

Just moved to CA from Europe, I didn't have an amp and badly needed one. I had never heard of Line6 before and I tried one in the store with a Les Paul plugged in. This Amp is just awesome ! Santana, Hammett, Friedman, Hendrix, you name it, you can come close to the sound of all this guys with just one amp ! Okay it's a DSP in there, it cannot possibly be exactly the same than tubes and its sounds doesn't change when it gets too hot on the stage.

It takes a little time to get used to tune it right, you'll have to tweak the knobs over and over to get the sound you really want. But once you're there and have all your presets saved, it's showtime.

This amp is a bargain - the most versatile ever (that's for sure) and with an awesome sound - for the price of any conventional amp. I walked in the shop willing to buy a Fender amp, I ended with a Line6. Unless you are a hardcore purist (and still...), you can't go wrong with Line6.

This unit has a vast array of sounds that mimic the classic amps of yesterday and today w/chorus, flange, numerous distortions,trems, well. Not only is this a complete unit but it is also midi capable just plug it in to your pc or home studio and use the pod program that came with it. At 100 watts this unit is all you will ever need. All the effects can be set to your taste.I think this unit holds ots own against any comparable amp including Marshall.

Though this amp has a plethera of effects and amp simulations, it is time consuming to learn all the ways to set it to your likings but isn't that half the fun? Learn while you burn!

This amp is built solid for the road or studio alot of meat in this box and the pedal board is equally solid and their weight reflects it.

Even though I have only had this amp for a few months it has been a solid workhorse and replaced a couple of classic amps I own already. If you are looking to get the most sounds you can this unit is for you.


This review was originally published on http://www.musicgearreview.com
Did you find this review helpful?yesno
»
Read the 8 user reviews on the Line 6 Flextone II »