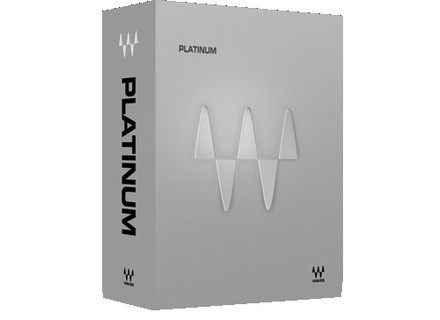 Platinum Native Bundle, Other effects bundle or multi-effect from Waves.

proaudio-plugins.com's review (This content has been automatically translated from French)

Waves Platinum Native Bundle
5
- The installation is done it without problem?
ok. No worries. In addition to the version 6.x in waves also facilitates the installation of plugins
- Did you encounter any incompatibilities?
not
- Configuration Gnrale is easy?
yes
- The manual is clear and sufficient? ...
GENERALLY yes. It varies depending on plugins

- What is the configuration of your computer? (Motherboard / CPU / Ram / Disk / sound card ..)
PC Core Quad Q6600, 4GB RAM, Windows XP, Protools LE 8
- The software works he correctly on this configuration?
Yes
- What performance? (If quantifiable)
Some plugins have very high latencies, such as Waves Tune. Otherwise okay.
- This software + hardware configuration is stable?
Yes

- For how long have you been using it?
I had another bundle from Waves before. This is an upgrade. It has been several months since I use plugs from Waves.
- What is the specific feature you like best, the least?
IN GENERAL the sound of Waves plug are good qualities (Renaissance, mastering, Renaissance Bass is fantastic).
- Have you tried many other models before acqurir?
Yes
- How do you report qualitprix?
It is expensive, but the plugs are good
- With the exprience, you do again this election? ...
Yes
Did you find this review helpful?yesno
»

Published on 04/05/09
Until April 30th, when you purchase and register Gold Native or TDM, Waves say they’ll register V-Series in your Waves account automatically.