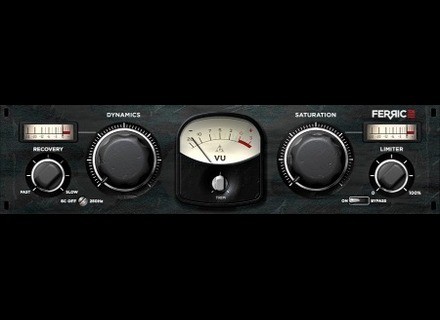 otavioreis's review (This content has been automatically translated from French)" Gratos and effective! That's all!"

I tried 4 or 5 types of simulation models and I can tell you my opinion:

Studer A800 UAD (Universal Audio): In terms of quality and versatility, I think it's by far the best, but it costs $ 350. It costs more than 2 times more expensive than the Magnetic and over 14 times more expensive than TB Ferox. I confess that I bought the Studer and I am very happy. But it's too expensive, even if it is the best for my taste. But it has another advantage to owning a UAD DSP cards, the DSP which relieves the CPU. And here I can say that it makes a difference too because he is greedy.

TB Ferox (ToneBoosters): This plugin is a slap for me in second place with the Magnetic. Although Magnetic is a little more versatile, the ratio quality / price is unbeatable TB Ferox. And the icing on the cake: ToneBoosters sells its entire bundle for only $ 20. Thank you Eloquent

VTMM2 (CDSoundMaster): I've always been a fan of CDSoundMaster, but now I am very disappointed. The bof bof bof VTMM2 is ... It is a bit too subtle for my taste. It costs $ 79. Frankly, it's best Ferox BD or TDS Ferric.

TDS Ferric (Variety of Sound): This one is gratos It is not so bad, but it is not at the level of the first three, it is not very far. I think he can still make improvements to the bus.

If you do not spend a penny, take the TDS Ferric and you will not be disappointed. However If you have a little money to buy the TB Ferox ToneBoosters. It costs less than a meal in a restaurant and you'll be really happy with the résultat.Vous can work with those two: Ferox inserts on the slopes, Ferric on the bus. Otherwise, if you have a card UAD2 and you take the money Studer A 800. It is the most expensive, but it is the best. However I blame him for his value for money that is abusive, when compared to competition.