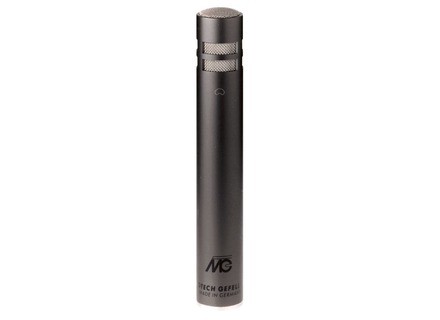 Microtech Gefell M 300
5
The Microtech Gefell M 300 is a small diaphragm condenser microphone that is designed for use in the recording studio. Microtech Gefell is a company that was founded by Georg Neumann, obviously of Neumann fame, so these mics are in the same vein as the best in the business. The M 300 in particular has a cardioid pick up pattern and picks up frequencies between 40 Hz and 18 kHz. I wouldn't use this mic outside of the recording studio considering it's price and fragility. It isn't designed for other uses anyway, so I wouldn't even try.

The Microtech Gefell M 300's are without a doubt some of the best sounding small diaphragm condenser mics that I've got experience using. Probably the most used application for these microphones will be for recording drum overheads, but the M 300's are great for just about any application where you're looking for a good amount of mid to high end detail. They sound immaculate on just about every application I have used them for, which also includes acoustic guitar and violin. While I used one M 300 in tandem with a large diaphragm condenser for recording acoustic guitar, I definitely could have gotten away with just the one M 300 placed around the 12th fret, as it really did a great job of getting a full sound with a silky smooth high end. The M 300's are without a doubt in the same vein as the Neumann KM 84's and 184's, but I haven't had a chance to shoot them out ever. If you're a professional studio owner or engineer looking for an absurdly high quality set of small diaphragm condensers, definitely keep the Microtech Gefell M 300's in the conversation although they will cost about as much money as you can spend on a small diaphragm condenser.
Did you find this review helpful?yesno
»
Read the 2 user reviews on the Microtech Gefell M 300 »