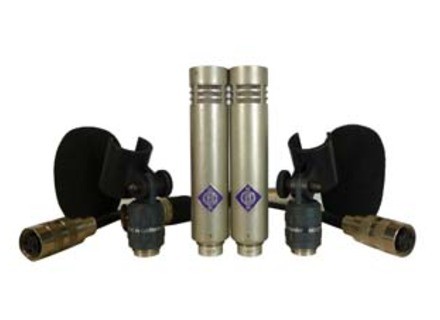 Neumann KM 83
5
Micro marketed in 1966, the same year as his version alim Tonada T12V KM73,
KM 83 is a condenser microphone output transformer, with a directivity omni-10db att
it uses a KK63 capsule HRIT the lamp 63 KM and it will be replaced in 1988 by the AK30 and become a new micro still distributed today in the REFERENCE KM 130 (modular) and KM 183 (single)
these microphones is also found in the "Dummy Head" Ku80 Neumann,

The 83 KM REALLY gives a visual impression of dplacement air notte the rear of a percussion type zarb or darbuka. pizz on the strings, the percussion orchetre and the woods.

I find all of the same Legrant SERIES 80 SERIES below the KM73 KM76 in tonadas, which are even more attanchants my taste! we have to say something wrong!

* On the ropes proximity KM84 working properly placed at the bridge (at least 30cm), Legris dport on the right when looking at the player for the respect of rsonnances-led the "me" because the other cot is "the bar of harmony" that it causes a release a little more "digging" the signal of the instrument!