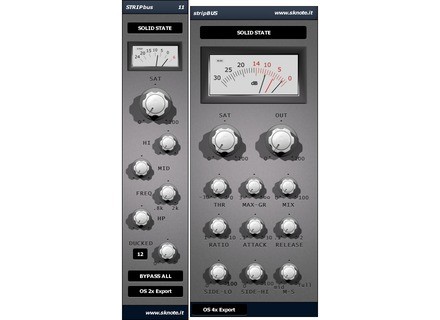 delchambre's review (This content has been automatically translated from French)" A Cartesian impressed."

SKnote StripBus
5
We get several emails with different files but in the end you just unzip the folder Vstplugins last hop and it's done.

The manual talks about the v1 I v2 out, so there are a lot of gray areas, but we must take the time to learn and understand the intricacies and the pieces fall to As.

q focus the sound now is very different than in other modes and the lowest volume level, which is why I forced mode.

I received it this morning and just used QLQ hours time to understand its operation.

You should know that I am a Cartesian and was very skeptical about this type of plug-in "snake oil", but as you configure it as we did not realize, and then when we bypass there the effect of "who cut the 'trick'."
I do not like used some words like "glue" but then I do not know what else to say!

I tried the demos and waves nls vcc slate.
These last 2 are simpler at the interface and you get a result faster "clean".
However NLS version is nice Neve (no more) and VCC quickly gives a really good result BUT they cost 10X more expensive.
I got the same result with StripBus 2 ok after playing with 2h but it was for nothing.
NLS is even far behind, VCC is "equivalent" if we stay on the clean / transparent StripBus but offers many more possibilities, but goes further in "power" settings, so you have to go slow.

We must also understand that once found its config, just Recapture the same config on future projects, no need to type all the work every time.

Anyway, I'm totally in love with this plug, the last to have made me react this way are DSUs 10/15x price (ex: ampex, manley).

If you want a comparison A / B and a screenshot of my params, just ask.

guymix's review (This content has been automatically translated from French)" Great, I love."

I listen to the way that speaks to me