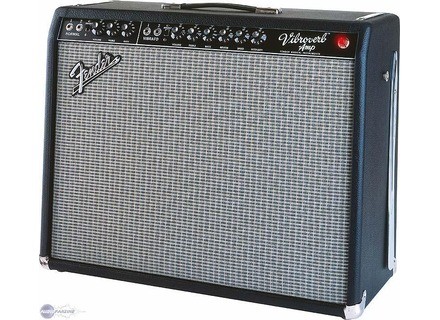 Fender Vibroverb Custom '64
3
I owned one of Custom Shop Amps from Fender and the sound was really great, no doubts about that BUT the major problem with the amp is that there are many tech issues involved and there is no support for them because it’s a custom model and not the standard model . I suggest you to search the web for Custom Fender problems" before buying it. The 'support' section in fender website are only customers forums sharing experiences but none is from Fender authorized personnel.

The problem with these amps is very similar to the xbox 360 and its 3 red lights of death... Line 6 will fix your amp if you're under warranty. BUT imagine if you're going to play live and then you try to turn on your amp and then the FATAL black boxes appear on the amp's display. then say goodbye to your dreams about playing live.

The solution to my amp problem was that I sold it as I was not under warranty... My amp died in matter of months even when I did not used it too much, just less than 30 min every time I eventually played my guitar. I don’t recommended this to anyone, the custom shops models do not hold up well. Just go with a regular fender model or a peavey you will be much happier and it wont breakdown on you. Save your money with this one, its not worth having it custom and it going out on you will no support to get it fixed or back up and running.

But when the amp was working it doesn't have enough "kick" to it (Not loud enough). It is well build and has many different sounds, effects, and presets but its not what I am looking for. I prefer the Spider III 75W amp, if you want an amp to use on stage, at recordings, or to use just for fun.