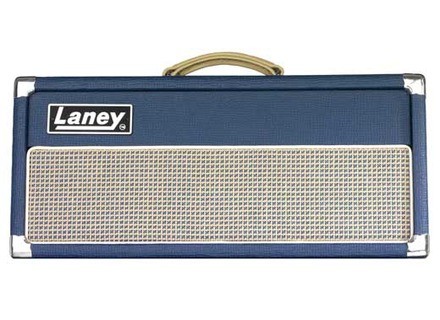 View all offers for Laney L20H »

Laney L20H
3
Laney is a great company feels high quality amplifiers and equipment very low and ask inexpensive prices. This amplifier is a great little 20 W amplifier that has a clean in overdrive channel. You also get a little bit extra features such as the bright switch as well as reverb an effects loop. You have any general EQ global passes bass, middle, and treble control knobs. You also have one high input guitar input as well as one low input guitar input. You're granted three speaker connect so that you can choose the different type of impedance that you so need.


The tone of this amplifier is very good and it feels and sounds exactly what you expect have a high quality British sounding amplifier. It has a great warmth in almost in vintage tone due two EL 84 power tubes. These are the selected power tubes if you would hear out of amplifier such as a fox or other small wattage vintage British amplifiers. This is a great little amplifier for someone he needs just a little bit of low wattage but a good groove tube tone.

This amplifier sounds good and pretty much any setting wetters to clean for the overdrive setting. It's not could be a very high gain amp but it's going to excel at the medium to low game in the clean channel. The distortion overall it's kind of blah to me it doesn't really inspire me to play at the clean channel is very good worth the price.

I would only recommend this amplifier someone who enjoys Laney amplifiers likes the voice mother hips. The distortion channel was a very unique one and it's not exactly the typical British town. It has that British feel invoicing but it's very thick almost like a buzz distortion box.

Level settings: 2 channels (one clear and saturated). The clean channel has a function "Bright" which gives a clearer sound, sharper, great if you want to funk. Channel is saturated it can no longer classical one dose saturation level desired by a knob, adjusting the volume with another ... Nothing special, but everything works.

The EQ (3 bands: low, mid, treble) is common to both channels (which is not my case, but good amps with independent EQ for each channel are expensive).

A tone knob that I always leave up because I prefer to play with the tone of my guitar. And finally, a reverb, which is not the reverb of the year but not disgusting as I have sometimes heard.

Everything is very simple, it is not flooded with possibilities of sounds to the point that eventually do not use the amp to its full potential: you branches, you play and it sounds (if you play well obviously ).

The head is connected to a Marshall cabinet 1912. I do not know other speakers (it has convinced me with its price I found used) but it does the trick (especially when I switch on the saturation).

Manual: I've never been, and frankly I'm not chasing.

Given the versatility of the amp, yes, it suits me perfectly: blues, rock mainly and sometimes a little funk. Well, it's not going to metal, but for that I have a preamp Kettner TUBEMAN II is very good.

Types of sounds I get according to the settings are so vast that I will not mention them all, but basically: plain with the "Bright" was something that would bring clear sound, without the "Bright "was a more bold, with more bass (but low property set). When I get on channel saturated, it is not to have a crystal clear sound (and this is where the common equalization bothers me: on clean channel, I push the treble, but when I'm on the saturation, I prefer a stronger presence of low and midrange, so I'm an "in-between"). But beware, it still sounds fabulous.

I play without effects. Level guitars: a Schecter C1 Classic (mahogany body, so if I want a fat sound, I'll focus on that one) and Lag The Blues (which I do not remember the wood of the body, but that gives me a longer sec).

I prefer the sounds are those that sound good to my ears and those that hate are those that do not sound good to my ears. And it should be the same for you: you have to test the amp before buying it because I do not know what you like or not. But clearly, if you want to have at your disposal a full range ultra-sound: rock, blues, jazz, funk, hard (if you push hard saturation level), test this amp and it has all the chances of you please.

I use it for May-June 2012 so I started pretty well know the beast to be operated much of its possibilities (an amp like that, we never really finished it out).

The feature I love most: the quality of the finish, really perfect. The one I like least: the common equalizer (I think you begin to understand).

Before purchasing I tried a Hughes and Kettner Statesman (my old amp: I traded against the head). Kettner is still the most straight forward, but with less versatility although it leaves a lot of possibilities.

Value for money: Because I exchanged against the Statesman which I believe the value used between 400-450 € price and the nine head Laney is at least € 550 (on the Internet, but I do not trust the Internet for this type of gear), or more than 700 € in the shop. For me, the quality / price ratio of the head (not necessarily easy to find) is more than adequate.

JB Lrgt's review (This content has been automatically translated from French)" A true rock amp!"

Very easy to adjust
Use low volume is not bad for those who train at home.

This amp is a blues / rock very comfortable with clean sounds and crunches.
If you want to push the saturation a bit much, you will not flirt with metal.
I plug an SG Junior or Classic (P90) in the entry "HI".
I only use the Lead channel that I do not push too hard in gain (3/4) to have a slight crunch that I can "clear" with the volume knob of the guitar.
From a very personal opinion, I do not really like the clean channel of this amp. Perhaps I find that hard to adjust. I would rather use the Lead channel that allows me to have a more velvety and warm at the same time or by reducing the volume of the guitar but also adding an overdrive.
For a more dirty, I switched my "Bad Monkey".
To be even more messy, I boost with "TS808"
The receiver supports very well here and it's great for a good sound punk / rock is dirty but accurate.
The head is plugged into a 2x12 cabinet with two Celestion homemade (a Greenback and Gold).
I play sometimes with SG Std, a Telecaster or a Stratocaster. With the SG, we must review some settings because here grows stronger. With both Fender is just as good.

In fact this amp is not for me.
This is the bassist who lends me when it comes to playing in places where my normal configuration (Mesa Boogie MarkIIB & Fender Bassman) would be far too powerful.
I love this amp, as if the sound is totally different from what I usually use, it is still great. It complies with the sounds of P90 which I am a fan.
I tried other power amps equivalent and this one is really good favorite.
Be careful though because it lacks versatility but if you are really sure to be in a register from blues to punk to rock, then this amp may really surprise you.

MusashiChan's review (This content has been automatically translated from French)

Laney L20H
5
It's vintage, no frills, just have a head Necessary for really simple and complements. Loop, bright switch; pdalier provided; out all impdances; 2 between ... and finishing TOP CLASS!

Simple? Bah is lit, one branch and we play. A helping knob on the amp and / or guitar and found all the magical sounds whose head is capable of. And especially to find intuitively what was at the top.

So simple yes. And both, with exprience we learn to use it as an instrument by Entire. It Ragit so well all the requests drawn from the marvels of classic sounds like very modern and vintage works.

The manual is a MODEL of its kind; schmas, no big blabla, the minimum and all the info on some pages.

Jou a Clapton Start and a Gibson ES 137 and he gives as indicated above all we have at the top and opens up new ides of each new compound is discovering that one.
It can be as clear chattering, bright blues, jazz, rock crunch or trs trs (british. necessarily ... what ... that with the right rglages

I work in a music store ... I had the opportunity to choose the head among many others without looking at the price. And I am absolutely in love with this t ^ te. I Discoveries sounds, his raction is so good in standards that I made new sounds, the game is really sensitive, amplified the nuances, and the intruments sound their best ... magic!

Did you find this review helpful?yesno
»
Read the 9 user reviews on the Laney L20H »