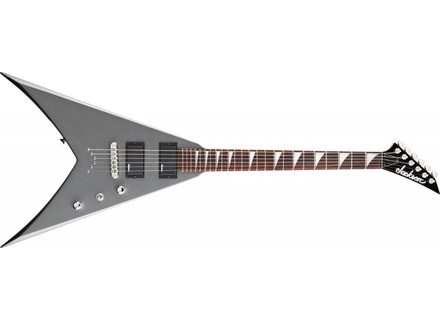 lilmast's review (This content has been automatically translated from French)" input solid line!"

it is placed in entry-level brand, owns two passive humbuckers "jackson", a screw in four very broad and flat point round which seems to be ideal for shred but ... Access to acute is pretty bad unfortunately due to a junction body / handle very large ..
it is perfect for a guitarist with experience, wanting to get into the metal has a lower cost!

game level, as I have said, the solos are very fluid if we do not pass on the last frets. Rhythm level is very good: powerful riffs, distortions that are down the walls! the output level of microphones n is not bad, do not expect to something great ... if liabilities jackson n have no reputation, c is that there is a reason ^ ^. For the more adventurous, there is room to install EMG

to conclude:
appointment power, versatility ranging from heavy to death! but do not provide howling solos in the treble, it does not go well ...
value for money is good!
Did you find this review helpful?yesno
»