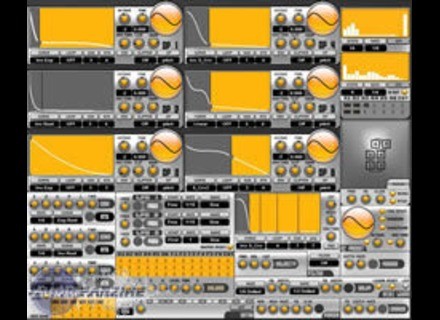 Odo Double Six v2
3
Odo Double Six v2 has a freeware version of this software out but its nothing like this version that is the paid version. The value for the vst itself is pretty good and the price is reasonable. You wont feel like you have the best vst though. My first thought when I opened it up was what in the world did I get my self into. It looks so confusing and the general functions of it are so difficult to understand unless you are into sound design and creation then this will confuse you with out a doubt.

Getting started with it wasn’t too hard it did take longer to load into my pc. It actually took longer than a lot of other software that I own took to load so I though it was going to be really cpu heavy but it wasn’t. but the software does work good, on pc. I didn’t try It on my mac but I doubt that macs would give it any problems working.

The sounds are decent, but in my opinion there is just too much editing involved. I felt like any time I wanted to use this I had to go through a whole process of basically creating my own sound from scratch, and sometimes I just want to hurry up and get an idea out I don’t want to be bothered with trying to figure out how to create sounds.

This software was too confusing for me to use, I don’t recommend getting it unless you really have a good understand on how sound creation works and how sounds are designed. There are far more better softwares that are out that can do what this does and are a lot easier to understand. I do not recommend this for the average computer musicians. You will need to be advanced to understand it.
Did you find this review helpful?yesno
»