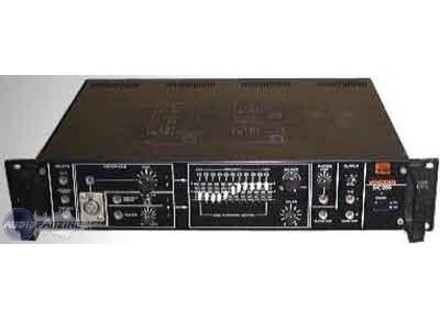 Roland SVC-350 Vocoder
5
There's a ton of Vocoders out there, but this one is the classic 80's Bboy version! It just cuts right through the music like no other and is also the one used to make the classic "aah, this stuff is really fresh" sample from the Fab 5 Freddy record "Change the Beat" that all us skratchers love to kut with! It's the go to vocoder that Egyptian Lover and many other electro bass producers use. Other vocoders just don't have that extra something that this has. Speaking through it is like hearing your voice split in all directions through a robotic vocal prizm!
Did you find this review helpful?yesno
»

Jerry-fabin's review (This content has been automatically translated from French)

Roland SVC-350 Vocoder
5
Analog Vintage 1980's release date of egg .... C of the large well-end vocoder well mlodieux!
C of the vocoder in AIR Kelly Watch the Star, the MDGs, in DEPECHE MODE Speak & Spell etc. ... Of his era's him, though prcuis, it is sensitive multiband trs must be carefully rgler .... BCAN beautiful! I love them!!

C niquel simple to use, you sound your cables between your microphone and synths on the other .... and presto!! a vocoder background ... you become a lil robot voice ... There's really what to do ...
Big spcialitquot; s: for guitarists, There are a guitar among the rharmonise Systm vocoder what enchanterment ............

As you can well understand sr cl as a going ... c super fine, soft, mlodieux. Nothing to do with the EMS is trsmchant, the crystal and c simply mlodique, smooth and relaxing .. The vocoder POP par excellence .... It Ragit trs well all types of sources ... I test with the 8000 JP 's silent trs good with mmory moog also c'tait hovering ... Vocoder fatal to the agreement and harmony.

It took me a while to find since it is well researched ... I pay a little more than 5000 francs in a good state ... trs trs It should state the tjs vrifier old mattos vintage. Obviously I keep it too excellent!! I LOVE THEM

Cheezy's review (This content has been automatically translated from French)

Roland SVC-350 Vocoder
5
This is an analog vocoder 11 bands with two microphone inputs (XLR and jack) with adjustable input gain, input for guitar and harmonics filtering (I am not guitarist so I could not test this feature ... ) An input jack for synth equipped with a switch to gain three positions (-30, -15 and 0 dB). Next is a set of tapes in the form of zippers so graphic equalizer (frequency ranges are not indicated on the front but it is an idea quickly to the ear ...), a balance control between voice "raw" and vocoded sound, an output volume knob. At the outputs: a headphone output with dedicated volume level, an output for guitar amp and outputs A + B switch with output level (L, M or H to Low, Medium and High) can either use the exit A mono or output B to attack a voice amplifier, or both to benefit from the stereo effect provided by the "whole" chorus-like effect which broadens the sound vocoded (saisissant!). This effect is switched on by default if you do not plug a pedal in the entry of the same name. There are also entries in "controller" entry "vocoder direct" and "hold"

Operation is extremely simple, which is not true of all vocoders, especially the analog. The SVC-350 is truly "plug 'n play" and no frills. The use of the effect "set" by a foot pedal is a real treat. Otherwise, it is rare to have to change the settings, except that of the filter strips.

The sound ... A real killer! I tried a few before that but the vocoders SVC-350 made me a great slap sound! This is the vocoder than using Midnight Star and that's exactly the sound I wanted. So why look for imitation when the original is?
According to the synth patch used, one passes the "fat" over the total air to ground, which will be nicely supported by the effect of "all" is a real plus on the vocoder. It acts as a kind of chorus / flanger that expands the stereo. He must listen to understand ... In short, a real pure funky sound that has little to envy models rarer and more expensive. Those seeking something ultra defined, crystalline and with a unique intelligibility can go their way ... ('users and plug-ins)! Because the SVC is built for "old school" roots with a sound worthy of the heyday of Herbie Hancock. Top notch.

I use it only for a few days but I can not get enough. This is my third vocoder by far the best!
I was lucky to find it when the score was chastened (490 euros) and I do not regret it! I even think I fell in love ...

studiohome's review (This content has been automatically translated from French)

It is a vocoder plutt hot, but not exceptional.

I had this vocoder a while, and with hindsight I admit that it is simple and generally well done, sounds good. But the pay in Euro 1000 ... I personally will not. D'APRS what I heard, an EMS is trs trs above. I reminds me of the little Korg microKORG, and well it supports the comparison with the SVC.

Did you find this review helpful?yesno
»
Read the 6 user reviews on the Roland SVC-350 Vocoder »