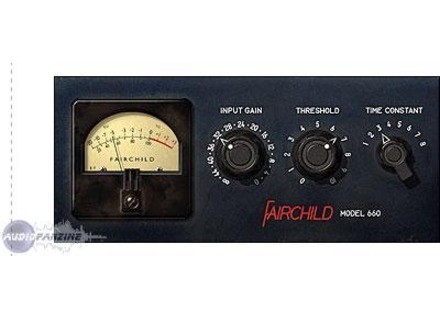 I run the Fairchild 660 on my Mac Book Pro that has a 2.2 Ghz processor and 4 GB of ram. I use it in Pro Tools 7.4 that I run with my Digi 002R interface. I've never had a problem running this plug-in on my machine and I'm able to run a few of them at once. I think that has more to do with my machine than the plug-in, but there is something to be said that I have never had an issue with it.

I've had the Bomb Factory Fairchild 660 for about 8 months and it has become an integral part of my plug-in collection. I love the way it sounds on electric guitars and electric keyboards. It makes for a thicker sound and adds a nice crunch to guitars. It is also extremely easy to use as it only has 3 parameters, making for a simple layout that is easy to understand. I think it is pretty fairly price as far as plug-ins go and is definitley a good value considering that you are getting a nice sounding compression plug-in. It also has a nice metering section that makes it easy to monitor output and compression. All in all, this is one of the better compression plug-ins I have come across and will continue to use it when mixing in Pro Tools.
Did you find this review helpful?yesno
»