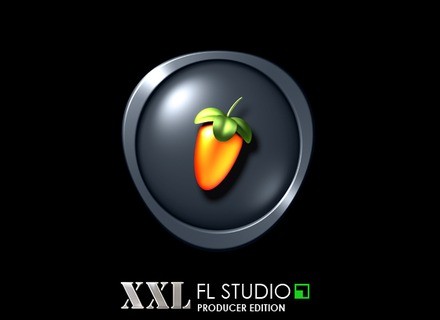 glabbo's review (This content has been automatically translated from French)

Image Line FL Studio 7 XXL Producer Edition
5
Ultra simple to install, it is still well and select the folder where you install the plugins future to complete this wonderful software (it's called "VstPlugins")

no incompatibility problem for me

We also need to first use the software think has set the audio in Options / Audio settings,
This is where the latency is adjusted higher or lower depending on the performance of its weight (number of samples studied in advance by the processor to avoid bugger when playing music (value = low risk bug playing music, high value = no bug, but very long delay between the time you press the play button and the time you hear the music))
that here too we chose the main audio device for listening to the sound generated by the software

in the manual is a bit extreme, it is in English, there is definitely a simplified version in French is available on the web, but it has not been updated since version 5, FL Studio, but it s 'still comes out very well because this software is very intuitive

I use a Pentium IV 3.2 Ghz and 1GB of ram and it works very well

on another PC with an AMD Athlon XP 2000 + (1.67 GHz) and 1GB of ram is a bit limited, but it works should not be too complicated and the pieces must not be pressed

In any case, it takes at least 1GB of ram to be about peace

I tested the version 2, 3, 5 and 6 of FL Studio, that version 7 is very complete and opens a huge door of musical creation I would advise anyone wanting this to a computer music and also to those who seeks to explore new soft music

I tested cubase 4, that really seemed to be a real headache from a FL Studio is a hundred times more intuitive in my opinion just as effective
automation can be made on almost all orders (these are recordings of movement potentiometer real-time recurrence was the same during playback of the song) there is a lot of sound generator, percussion and lots of reverb, delay, EQ, filter, etc ...

I find the interface aesthetically well done and pleasant to use compared to many that are soft to a terribly boring to the eyes (Cubase, Ableton Live, Acid Pro and many others)

there is also for lovers of techno live the possibility of reading mode LIVE, which is a play pattern that is active in the sandstone of his performance live for playing live at night

for the price / quality ratio, it is unbeatable, it's still a nice amount of investment is, but compared to what we can to do with this software and what one has with other which are much more expensive and much less pleasant to use, it's not expensive paid!

this choice I would do without hesitation, and I highly recommend it to beginners who will learn very quickly to do songs that were out of the mouth!
Did you find this review helpful?yesno
»

coltrane14's review (This content has been automatically translated from French)

Image Line FL Studio 7 XXL Producer Edition
5
Installation is quick and hassle free.
I had no worries of incompatibility up Submitted.
FLStudio is configured trs facilement.Il you just take the time to rgler ASIO drivers and away you go!

I have been using version 5, its been a few prs 1 year and a half.
Before buying I FLStudio ssay Reason but I always prfr interface and ease of composition with FLStudio while producing professional sound quality.
Trs good report quality price above that in the basic versions, FLStudio is almost given.
With the exprience I would do without hsiter choice.
Did you find this review helpful?yesno
»

outhline's review (This content has been automatically translated from French)

Yes, it does not differ from the instalation of video games for example (but thankfully shorter).

No, all that's set alone.

Like any sequencer you have to "work" a minimum (though with four rhythm tracks and a little bass line made things beautiful in a very short time), but the whole is always much more simple and clear that a Sonar or Cubase for example.

The Help file is very well done, the key tutorial and tips in all genres

It does not slow down, virtually no latency when the PC is not at all done.

The easy to use and countless functions, the least: the tiny, well hidden tabs for critical functions, it lacks a little clarity if it starts only in the computer music.
Did you find this review helpful?yesno
»