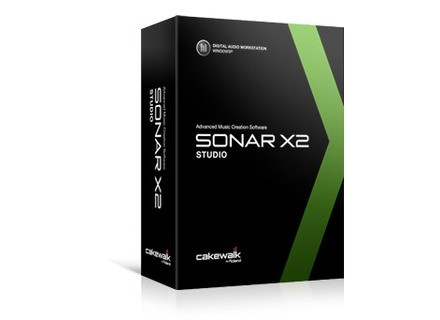 Ehma2Retour's review (This content has been automatically translated from French)

Cakewalk Sonar X2 Studio
4
It's long, but it is no problem. just a serial number to introduce an authorization later and voila. Well, you still own a good half hour.

But that is apparently, for our good.

I tried it on two machines, one iMac i3 and Core 2 Duo Dell (laptop). Although Dell does not have the srequise specification (for Vista and only 2.2 GHz) has remained relatively stable and fluid.

Except the sound card, in both cases, difficult to make him understand.

Less than me, but I know a little produced, I had the Essential and other versions before.

I think it is an excellent product, well furnished, relatively intuitive and rather stable.

I still use Cakewalk for older projects at a time when I was only on Windows. The upgrade cost me € 49, so I did not.

The strong points are the plugins delivered the Sonitus suite is not bad at all. The queleques virtual instruments are also interesting. The Sound Canvas Pro 88 I really like, because it looks pretty real to. The studioware are an example to follow for concurrency.

The weak points are still at the editing partitions, which is more anecdotal than anything else. Then the iDeer cluttering the screen with a larger graphic is not wise. What's the point of having a 27'' if it is for graphics applications have become larger, without giving more information?

Overall, this is a very good product, which works only on Windows 7 and 8 (Vista is tolerated), if you can do without editing partition.

The offer is quite generous and the plugins are of relatively good quality.

For 49 € yes, I'm not disappointed. For 189 € there is something else, but it's still competitive with Steinberg products. Especially there is no limitation to the Studio version, unlike Cubase Artist in the same range.

If I had to return to Windows, I also probably go back in Cakewalk Sonar full time.
Did you find this review helpful?yesno
»