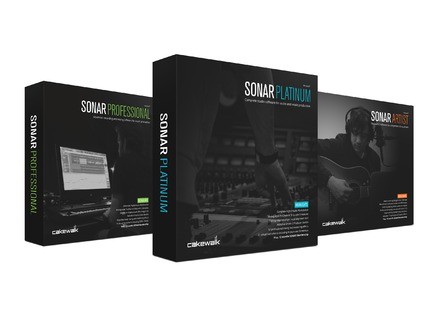 Sonar Platinum, General Sequencer from Cakewalk in the Sonar 2015 series.

Recording Studio for Lease It's been more than a year and a half since Sonar X3 came out and, keeping up with the usual update schedule, the newest version was launched last January. Read more…

danardf's review"A good DAW which comes with a lot of plugins."

Cakewalk Sonar Platinum
5
What configuration (interface, computer, etc) do you use with this DAW?

For what kind of use or music?

Is it CPU intensive?

Is the DAW's manual comprehensive?

Is the DAW straightforward and easy to get started?

How would you rate the sound quality of the effects, instruments and sounds included with this DAW?

What are the pros and cons of this DAW?

What unique features made you choose this DAW over others?