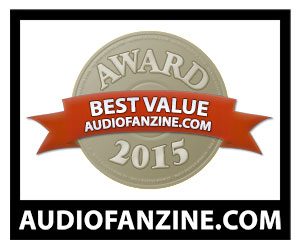 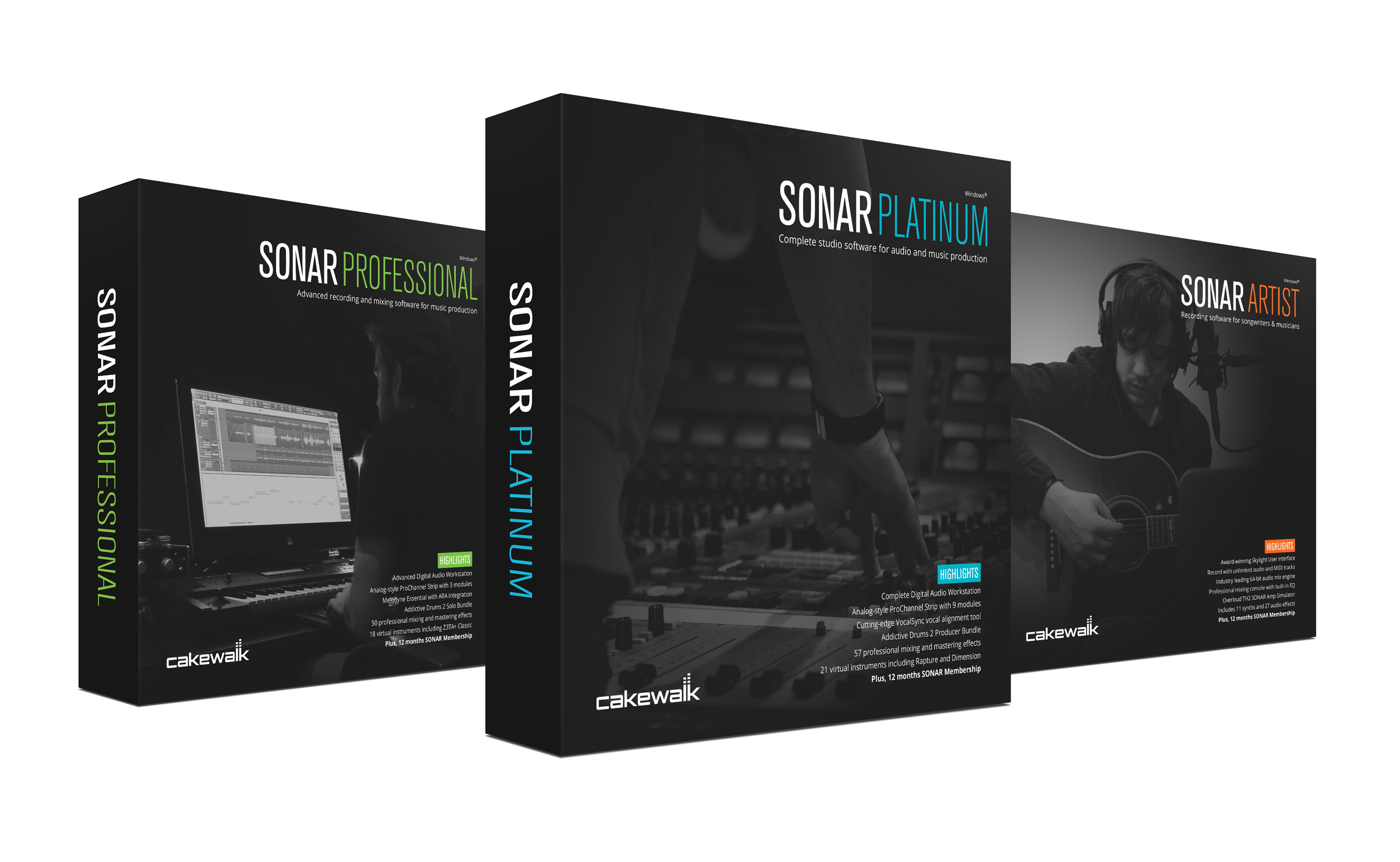 General Sequencer from Cakewalk belonging to the Sonar 2015 series.

It's been more than a year and a half since Sonar X3 came out and, keeping up with the usual update schedule, the newest version was launched last January.

Still developed by the Cakewalk team (a subsidiary of Gibson since X3, as you may recall), this new baby obviously provides a good share of new features and, just for a change, it has also sparked a good deal of controversy. Albeit, as we'll see in a moment, it might be undeserved. So, is this new Sonar (r)evolutionary?

Before we start looking into the new features, I urge you to read the review of X3, which came out in late 2013. Especially since they are identical at the core, so knowing X3 is almost like knowing Sonar 2015. Are you done? Okay, let's go then.

The first change is the disappearance of the "X" from the name, introduced in 2010 with the X1. From now on the software will be called simply Sonar. It's still installed via the Command Center, a small software tool that allows you to manage and subdivide the elements to be installed. The Command Center also informs you about the availability of updates and other patches. For those in the know, it's similar to Native Instruments' Service Center or Arturia's Software Center. Sonar is still available in three versions with varying amounts of plug-ins and functions: Artist, Professional and the very comprehensive Platinum (which is the one we reviewed). It's up to the user to choose the version that best suits his or her needs ─ and budget. It's important to note that even the Artist version has no limitations in terms of MIDI and audio tracks, besides offering a nice bundle of instruments and effects. Everything with a tried-and-true 64-bit audio engine that can handle a sampling rate of up to 384 kHz. More than enough.

But let's rewind a bit and see why the would've-been Sonar X4 lost its "X." The goal of Cakewalk is not to bring out an all-new version every year, but rather to create a solid foundation that can evolve gradually according to a new commercial strategy based on memberships. And with the promise of new plug-ins, functions, etc. every month. But when you say membership you say subscription. Ah, the S-word. Many software makers (not only music-related ones) have adopted this concept, but the Membership system implemented by Cakewalk is more flexible than it seems and, thus, deserves a brief explanation. 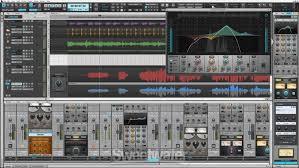 To be more precise, Sonar can be bought in two different ways. The first one is the traditional one-off buy. You pay for the software and automatically become a subscriber. This gives you access to the software and all updates, patches and new features that are introduced in the next 12 months. Once this period is over, you have two options: you stick with what you have so far and continue working like that; or you pay upfront for the next 12 months (at a special rate) to continue benefiting from updates and new features. There's nothing new in this model, it's like buying a new software every year.

But the second purchase option is a bit different, although with the same goal in mind. The idea is that you buy into a membership, a subscription, which gives you access to all the new features to come. But the catch is that this subscription extends over 12 consecutive months. That means that if you stop paying after only four months, you will only be able to use the demo of the software from that date onwards. However, once the 12 consecutive months have gone by, the software remains perfectly functional and you are the owner of what you payed for, unlike with other software makers who block access to the software once the subscription lapses (like Adobe, to name just one). So it's up to the user to decide if he wants to remain a subscriber and benefit from future enhancements or not.

In the end it's sort of a credit purchase, which raises the question of weather it's worth paying in advance for upcoming features? Five months after the official launch, we can confidently express a (rather favorable) opinion in this regard.

Let's take a look at the new features Cakewalk has been introducing every month since January.

In terms of virtual instruments, we can mention the update of Addictive Drums to the new version 2. I invite you to watch the video made by our specialists, which is worth more than a thousand words. The good news is that Cakewalk not only rewards you with this excellent virtual drums plug-in, you also get a Producer Bundle code to pound away at three new kits, three MIDI file packs and three isolated instruments from XLN Audio's library. Do note that the bundle alone costs $200...A very nice detail, and it allows you to create your first songs and see what you need to move forwards.

Regarding processing plug-ins, there's a ProChannel module (incompatible with other DAWs) consecrated to reverb. It's the REmatrix Solo and it's dedicated to convolution reverb (which Sonar was missing ever since VERB disappeared). It's a "light" version of Overloud's REmatrix, which sleepless has already reviewed before. This means its functions stick to the basics: there's a button to browse a good preset library, but also to choose from among different impulse categories (Hall, Room, Plate, Early, Special, and you can also use your own impulses) and then modify some parameters, like the length of the reverb, its size, the stereo width and there's even a basic EQ to reduce the brilliance, for instance. And you obviously have a Dry/Wet control to adjust the amount of raw and processed signal. What else can we say about this module, except that it goes straight to the point? Oh, right, that it sounds amazing! Together with the Breverb lite plug-in included in the bundle, Sonar definitely plays the quality card in terms of reverb. 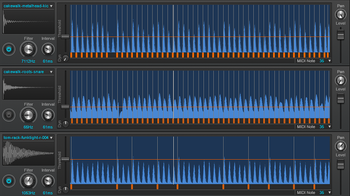 Another plug-in has made its way into Sonar these past months. It's the VocalSync, a "sound alignment" tool. Like Melodyne, it uses the ARA technology and integrates directly into Sonar's structure. While its interface is simple and nice, the plug-in itself doesn't work that well in all situations. In other words, Revoice Pro need not worry, which then again is quite normal considering that it alone costs the same as Sonar Platinum… Nevertheless, integrating such a plug-in in a DAW is a very good initiative and competing products ought to take note!

One of the latest arrivals to the Sonar bundle is AAS Strum Session GS-2, a popular virtual guitar that carries a $150 price tag. While its sounds are fairly piezo-oriented, non-guitar players will be happy to have this virtual instrument at their fingers. You can't always count on a guitarist friend to give you a hand!

The Drum Replacer has also made its way into this new version, which allows you to replace a snare or kick (and more) in no time. Its interface is very practical and easily readable. It's great to be able to change the sound of a drum kit while retaining the musician's groove. And, what's more, you can actually export the groove as MIDI in order to use it with… Addictive Drums 2, for instance?

The Control Bar can now be modified and you can dock it on the bottom or top of the display (and undock it completely). It's nice to be able to tweak it and only have displayed the buttons you actually need.

The mixer was also improved with dynamic inserts and sends to optimize space. In fact, the size of the window dedicated to the inserts and sends increases and reduces in size depending on the number of plug-ins used. It's handy, even if the mixer isn't as modular as that of Cubase, for example. It would've been nice to have faders with resizable height, for instance.

Another function that has been present since the latest updates is Mix Recall, which is an incredibly useful tool to compare different mixes with a single click. It can prove very handy to choose between different settings applied to several tracks at the same time. You could also use it to give several versions of the same mix to a client (with the vocal a bit louder or softer, for instance).

There are also some novelties in terms of MIDI, like the MIDI paintbrush, which allows you to literally paint a groove in the piano roll. Cakewalk also took the opportunity to revamp the MIDI editor making it much more pleasant. When it comes to aesthetic changes, there's a new AudioSnap version, which is much more user-friendly than the last one, which is hardly a luxury!

Cakewalk's Membership model and the few new features available with the newest version of Sonar last January came in for a lot of criticism in the forums. However, we must admit that the company has kept its promises by providing pretty generous updates every month ever since! The bundle ─ which was already a big asset of the software ─ is now much more comprehensive than ever with the addition of Addictive Drums 2 and Rematrix Solo. As for other tools, we really appreciate the inclusion of Drum Replacer, VocalSync and a new AudioSnap. The mixer is also a bit more modular (although there's still room for improvement), and the Control Bar has become an excellent example of its type. We also love the Mix Recall because it can prove very handy in lot of situations. MIDI was by no means neglected and got a new interface and a very nice new tool in the form of the Pattern Tool. We can only regret the fact that Sonar is still not compatible with Mac OS X, that the Browser has no tags system, as well as the lack of a spectrum analyzer and some mastering tools. We should also note that the GUI is pretty demanding in terms of space and it certainly calls for a second screen.

Anyway, all in all, we strongly recommend this software to home studio owners working on Windows and who don't have too many virtual instruments and other processing tools. Given its price tag right now ($499.99), Sonar is hands down one of the best options on the DAW market right now.