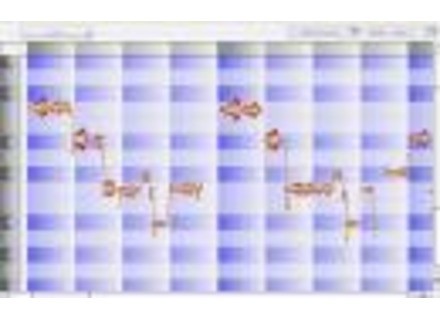 Melodyne 2.x, Other Sequencer from Celemony in the Melodyne series.

Celemony Melodyne 2.x
5
No compatibility issues on OSX 10.7 Lion. Runs well as a stand alone or as a plug-in under AU, VST or RTAS.
What is it? In a nutshell Melodyne Editor is a plug-in/stand-alone editor to fine tune audio.
The basic idea for Melodyne is to deal with audio like you can deal with midi. Moving notes around, changing pitch, changing velocity. See overall opinion for detail...

So far no issues other than operator error, again see below for detail.

There are many options to tune audio in pitch and/or time. But the beauty of Melodyne is that it lets you change stuff inside a cluster of notes. For example got a bitten performance but instead of that major chord you played a minor chord? No problem you can fix a single note.
It lets you do this with duration, pitch, velocity, vibrato, etc...
Melodyne Editor 1 did this already, what is the new wrinkle in Melodyne 2 that now it lets you use different pitch centers than regular Western Equal temperament. So the pitches aren't the fixed 100 cent apart but rather what ever the scale calls for, be that Just Intonation music, Indian, Arabic, CHinses...you name it.

Using it inside a recording app like Logic or Protools you would use it as a plug-in on an insert. Open it click the capture audio button, hit play. Then Melodyne does its job in one of 3 algorithms. Rgythmic, for drum loops etc, melodic for monophonic material, or polyphonic for well polyphonic material i.e. tracks that contain chords.

As I understand in Focusrite Studi One it integrates so well that you get to skip this step. Then you can export the melodyne file as midi. Comes in real handy when you have a part you want doubled by synth. Track the guitar, voice, whatever and export the midi. Import into the sequencer and voila you got that track taken care off.
Did you find this review helpful?yesno
»

Published on 06/08/11
Celemony introduces 3 new video tutorials, practical examples designed to "put across knowledge as well as inspiration" and "demonstrate the possibilities of Melodyne editor."

Other Celemony other Sequencers