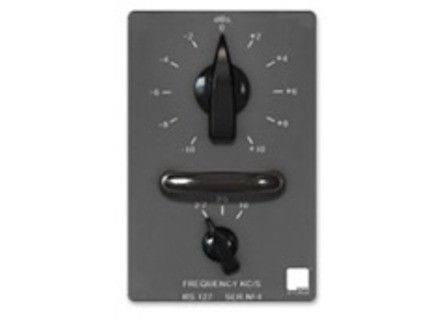 Abbey Road Plug-ins RS 127 Rack
5
I have noticed that occasionally it is "hard" to grab the main knob and change it. I don't know what the problem is but sometimes it takes me a few tries to "grab" the knob. That is really the only strange behavior I have found in this plugin. No real need for a manual. Just two knobs, one for frequency range and one to increase or decrease the "brilliance." I don't believe it could get any simpler. Yes the functions are all easily accessible as both reside on the face of the plugin.

Other than the knob issue (which could be user/my fault) the plugin seems to perform fine. Yes, it is stable. There has been no issues running this on a MBP i7 8gb ram, RME fireface 800 and Logic 9. As for performance, it does what is says it will do, and I respect that, but it doesn't offer enough flexibility for modern applications. I should mention that I am generally biased against these "one knob" style plugins. Of course this has two knobs but essentially the same thing. The thing that bugs me most is the DB knob is not fluid. It simply jumps up or down 2db. What if you want 1db of "brilliance," well too bad. I will say that if you want that old Beatles sound, then this plugin will get you pretty close on its own. I enjoy that aspect but was hoping to get a little more flexibility. I have been using this for a month but it is essentially a one trick pony that I don't often reach for.

I guess what I like about it most is the EQ curve. It is very specific to that "Beatles" sound which can be quite popular with modern rock/pop/folk bands who want that vintage sound. What I don't like is the fact that it is a one trick pony in my mind. Well, for $125 you get three plugins, not just this one so it's a decent deal. I would only recommend this to studios who get a fair amount of people wanting that particular sound or you yourself love that sound. I feel like a good eq and compressor could probably achieve the same thing and also offer more flexibility. The sound quality is very good, just like all of Abbey Roads' plugins. I have used BBE products for many years and they essentially do the same thing but with much more options. I have to say, I prefer those in most of the situations that brilliance is needed. I should mention that I did use this plugin once for a client who thought the drums were sitting in the mix to "thick" as he described it. I separated the stereo channel into two monos, put one of these on each channel and within a minute, had the sound he wanted. So that was pretty convenient. Had I known the plugin would have come in handy like I mentioned before, I would definitely have bought it again. It pretty much paid for itself with that one situation. Other than that, I guess I wouldn't have though because I am a "got to have lots of options" kinda guy.
Did you find this review helpful?yesno
»

Abbey Road Plug-ins RS 127 Rack
4
The Abbey Road Plug-ins RS 127 Rack version is a plug-in that is one of three in the Abbey Road Plug-ins Brilliance Pack. It's not available outside of this bundle, and is available for virtually all systems and DAW's. I don't own this bundle, but have used it at the studio that I work at. These plug-ins are so easy to use that you don't need to spend anytime learning them. The RS 127 Rack version is as simple as it gets, consisting of just a single band. There is a gain knob and it gives you three frequencies to choose from - 2.7 kHz, 3.5 kHz, and 10 kHz, same as on the RS 127 Box plug-in. These are frequencies much like those you'll find on vintage console equalizers, which is essentially what this plug-in and bundle are aiming to emulate (and doing a good job I might add). This plug-in is easy enough that I haven't looked at a manual for it, nor do I think it's necessary.

We're running the Abbey Road Plug-ins RS 127 Rack plug-in on a few different systems at the studio that I'm working at. They're all Pro Tools HD based systems, so we don't really ever have any problems running plug-ins, especially not really simple, and low processing guzzling plug-ins like this one. I would think that you would be okay as far as running this on an LE system (or something similar) goes, but I haven't tried it, so I can't say for sure.

Although somewhat limited in what it is able to achieve, for what it is, the Abbey Road Plug-ins RS 127 Rack plug-in is a great tool. It's useful in both mixing and mastering situations, for times when you're looking to add or take away a little bit of color. I think it sounds great on electric guitar and on vocals when deemed necessary. However, it's certainly useful beyond this as I wouldn't hesitate trying it on anything if I thought it might be able help something cut or sit better in a mix. The Abbey Road Brilliance Pack and the RS 127 Rack plug-in are highly effectively EQ plug-ins that are definitely worth taking to time to at least try a demo.
Did you find this review helpful?yesno
»