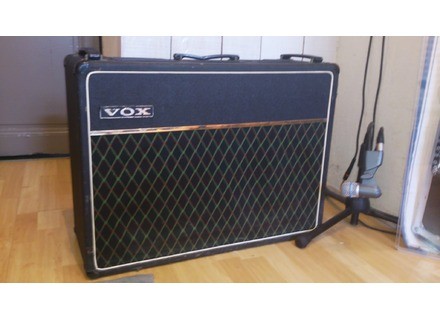 Vox AC30 '70s
5
This would have been the amp that Brian May would have used during his career with Queen. This is also the amp that The Edge uses for his main amp for the band U2. He has used this since the beginning of their career. Other than the original JMI Vox CA30's this is the best tone that Vox created.

This amp was PCB board rather than the handwired version you saw and heard in the 60's. For some reason they had a better more vibrant tone than many of the amps in the 60's.


The ability for this amp to take pedal is exceptional. There isn't really any better amp that can take pedals better than this amp. Throw a delay pedal and a TS9 in front of this amp and you'll get some great tone that is hard to beat.

I like this amp with every guitar you can throw at it. My personal favorite would have to be a nice Gibson Les Paul. It gets a round warm tone that fills the air. Say you want to get a nice U2 sound then slap a Fender Stratocaster in front of it and use the master gain controls and you'll get a great Edge tone.

This amp is an absolute classic. They are much easier to find than a JMI VoxAC30. Plus they will be better at gigging since they were build better in these days. These amps I have seen on the used market fro around $3000+ and I have seen as low as $2000. That is only a little stretch from the price of the new ones and you get one that is actually made in the UK.

I would recommend this amp to anyone who wants a vintage Vox Ac30. The are great for recording and amazing on stage. The have a quality of tone that is not available in any other amp period.
Did you find this review helpful?yesno
»