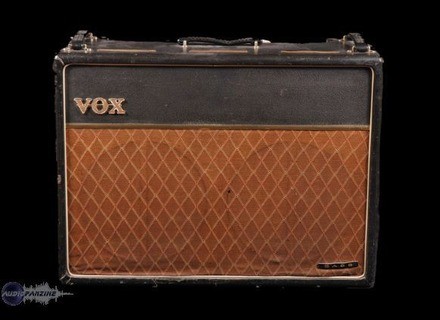 Vox AC30 TB JMI '60s
5
This amp is just tone for days. I have had the opportunity to play this amp several different times in different settings. I was going for a U2 tone because I found out that the Edge played a vintage Vox Ac30 top boost. I thought that the tone from this amp was very useful and exciting. It was strong and warm and sounded old , but in a good way.

If this is the sound that you are going for then there really is not anything better out there. There haven't been too many clone amps of the Vox Ac30 so you are quite limited in trying to obtain that vintage sound from the 60's. JMI has been reissuing the Ac30's but they are around $5000 for a new one. For that price you might as well throw down the money for a vintage one.

phoenix440's review (This content has been automatically translated from French)

I rcupr this amp in an attic there some time, but it works a moitier (a cot tage of the amplification by in very low volume distortion). I'm looking for people who know these old amp (VOX JMI TB 1961 or 1964). I did some tests ressitances-capacitors, all is well.