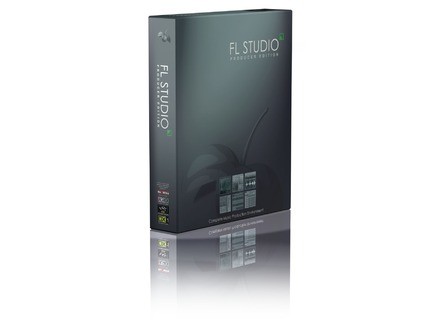 philthemuzik's review (This content has been automatically translated from French)

Image Line FL Studio 7 Producer Edition
5
-The installation, for my part, it performed without problem. I have version 7 RC6b. It's the same installation method as any other application.

-As a regular FLStudio, I appreciate the opportunity to choose what we want to install VST plugins (eg SimSynth, DirectWave, PoiZone, Sytrus, the WASP ...) There is also the possibility of installing asio4all, a small application allowing owners of a commercial sound card type to improve the latency of their card. And other options.

-For me there is no inconsistency.

-The manual is on the website of FruityLoops and should be updated is the version 5.

Flat: But I think it could have allowed more choice in the plugins to install. I appreciated being able to remove some.

For plugins-base there is no problem. If you have a bunch of VST in your song is better to have a little more memory. I plan to buy two strips of 1G.

"I had a friend who used only samples and could use the software with a Pentium II 600Mhz. I recommend a minimum of 1GHz and 1GB of RAM and two screens for big jobs.

I use this software for 7 years

-I like it for its simplicity, its simple interface and easily accessible. The amount of work and detail that one can make. Its range of use for inexperienced users but curious, because the learning is easy. The computer will not explode

Long load times for some songs with a lot of parameters.
-Incompatibility of some backup with newer versions of the software.
-If I have two files with the same name (eg, HH1) take the first one it finds. What is perhaps not the right. Remedy: The ability to save the sound with the backup file to a location assigned.

Toll-entered the details, I tried Cubase SX3, too complex for me. Reason 3, I was disappointed.