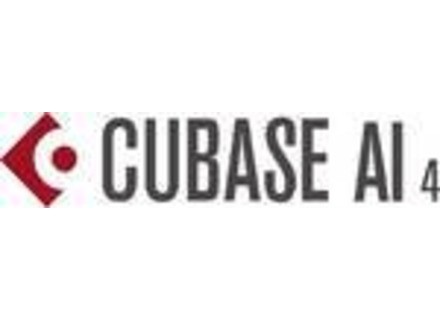 theaudioandvideoguy's review"Cubase 4 AI had some glitches when it first came out."

Steinberg Cubase AI 4
2
Cubase 4 AI is for Advanced Integration. This whole version of Cubase came out because of something they had going on with Yamaha at the time. It was an easy way to link and integrate all of your Yamaha hardware and it would automatically work great with Cubase 4 AI. You can purchase Cubase 4 AI separately if you want to, but I only suggest doing that if you have a lot of Yamaha gear and need it with Cubase otherwise you mine as well just get regular Cubase and you don’t need the integrated version.

If you are having issues with your Yamaha gear and Cubase gear, don’t call Cubase. They will direct you to call Yamaha first. I remember having several issues when this first came out and having to be on the phone with both Cubase and Yamaha reps and they are each blaming each other for the problems and issues. At the time I was really upset over some of the problems that I was having with some of my Yamaha gear and getting it to work right with this software. The only reason I had Cubase 4 AI was because it came with a piece of the Yamaha gear that I had purchased back at that time. This was about 8 years ago or so now.

The manual was a hassle and it was so hard to understand and navigate through, and talking to them on the phone was getting me no where so I just ended up just forgetting about the whole integration thing and just using everything the way that I intended to before I got this software with my gear.

Steinberg Cubase AI 4
4
(Originally written by coyote14/translated from Audiofanzine FR)
Very easy installation. You must use the latest Syncrosoft software version because even if this Cubase version doesn't require a hardware dongle it does have some sort of license control.

No compatibility problems: I use it with Vista 32 bits and previously with Win XP SP3.

It's an ultra-light Cubase 4 version with the same audio engine and VST3 compatibility as the full version. So it's a light version regarding the features but not the quality.

Are the limitations a problem? It depends on the application! I guess they are not a problem for 70% of users who only use the main features of the product. For the rest (demanding home studio owners, semi-professional and professional project studios), some limitations are not acceptable. For example:

- Only 16 inputs/outputs. It's enough if you only own a Motif XS with a mLan card or a N12 mixer. But if you have a more comprehensive system you'll have to create backups of the VST configuration and connection to recall them successively.

- No OMF export. So it's difficult to use Cubase AI4 to produce demos at home and take them into the studio with another software like ProTools... I haven't tested the upward compatibility with Cubase 4 but I know that loading Cubase SX3 files doesn't work.

- No instrument panels. I can't control an FS1R or a Virus via the interface.

- The input transformer also disappeared, no audio library nor mediabay...

- The mixer has been downsized too but not more than on the other Cubase light versions.

- No MP3 export function (it was very convenient). You get all other audio export functions but they are quite limited. A commercial patch can be downloaded if you need this function. I haven't tested it.

Some useful features are still available:

- EQ and VST effects are the same as in the full Cubase 4 version regarding number and features.

- No limitations regarding control surfaces. I control it from my Motif XS or my 01X depending on where I am.

You have the possibility to upgrade to higher Cubase versions.

My review can be explained by the way I use Cubase, but once again: most users won't feel limited by this light Cubase version.

High-quality software but too limited.

It works very good, the CPU power requirement is ok and it can be enough for small home studios if you can live with the limitations.

It will allow you to save money if you upgrade to a higher Cubase version.

It's an excellent software considering it's provided for free.
Did you find this review helpful?yesno
»

G.jourdain's review (This content has been automatically translated from French)

Steinberg Cubase AI 4
1
Installation is a cat.
to register is an obstacle course.
I think I must buy a USB key comes to pass key ... !!!!

I have bought an xs pattern and it is well ..; even very well.

because the answer is steinberg France;
it does not distribute to soft ..;'ll see the cot yamaha ..

yamaha provided us with something that does not work ..
Did you find this review helpful?yesno
»

logos's review (This content has been automatically translated from French)

Steinberg Cubase AI 4
This item concerns thus the Cubase AI 4, the one found in the box of a Yamaha Motif XS (6, 7 or 8). This is just a version of Cubase dulcore, apparently, there is less plugin. I mailed the notice after the installation problem I had (the app works 30 days or 300 openings, APRS what it must declare it):
Installation is no problem it? The app is being protected by the licensing center Syncrosoft. If your computer is not connected to the Internet, will be difficult. So I make a connection to the site with the N steinberg license given by the control center Synchrosoft. And the site that I rpond numro dj is used by someone else!! And I need to contact customer service by giving me the Manir automatic mail customer service Steinberg France. I sent an email explaining the problem. APRS week, customer service rpond me that this app is not distributed by Steinberg France and must therefore look elsewhere!! You think a! The manual of the Yamaha Motif prcise that does not provide customer service for soft Steinberg and Steinberg France rpond you that it either does not provide customer service for a software distributed by Yamaha! ! And then we surprised that the PIRATES ARE SOFT.
- Have you experienced any incompatibility? incompatible with the installation Syncrosoft
- The configuration gnrale is easy? is cubase
- The manual is clear and sufficient? ... no manual provides. on the other hand there are 350 pages of PDF on the CD ROM to print. It too is outrageous.

I especially wanted to post this notice today because if you s'tonne piracy of all kinds, we must see also the policy of publishers who go out of soft n'hsitent buggs of the head the foot (the Motu Ethno etc.), without customer service, no customer service, without instructions in French, with facilities so complicated that becomes a comic (when you want to laugh ... ) to see that finally, it is mostly the one who bought the software is the most trouble.

Did you find this review helpful?yesno
»
Read the 5 user reviews on the Steinberg Cubase AI 4 »