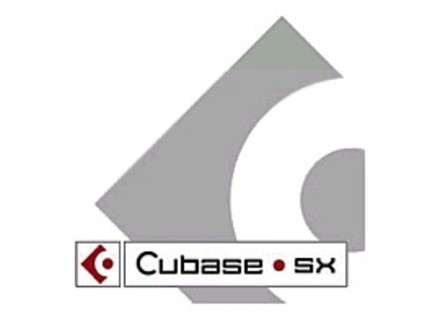 Steinberg Cubase SX 1
4
Cubase SX came out before SX 1 so I had a chance to mess with it for a while, mostly in “demo” mode but it was still the same. At first glance I really wasn’t liking it, didn’t really like the interface and how it was laid out. Coming from a few other software’s it was really confusing to me, it actually wasn’t untill I stop using it that I realized how good it really is.

When I was using it I was using it on a Toshiba Satellite laptop that really didn’t give me to man issues. It did run slow a few times and had some sort of bugs going on with it but that could have been because my laptop just couldn’t handle it. I didn’t get a chance to run it on any different computers before I moved on the SX 1.

Overall, it seemed to be a great software I just wasn’t 100 percent comfortable using it right off the bat. Like I said after I decided to stop using it was when I realized how good it was. I guess the saying is true , “you don’t know what you have until its gone”. I do love Cubase though, never really understand all the different versions they come out with though. Also, when trying to mix my own song down in Cubase SX just didn’t work for me either, I couldn’t get a good clean mean. All of my mixes came out to be pretty “light”. I mostly make hip hop and dubstep music so I need a full thick sounds and I had a hard time getting it. So I moved all of the .wav files out to pro tools so I could get the sound that I was looking for. But Cubase SX is a good program to get your feet wet in and understadn how “new” age daws operate.

Steinberg Cubase SX 1
4
Cubase SX is a program that many people still use today even though its an older version of the high quality program from Cubase. This program allows you to edit midi files extremely easy, some of the easiest midi file editor program on the market today. Not to mention you can do some editing with raw audio tracks and other formats as well as .mp3 and .wav. You can also export in several different files as well.

I ran Cubase SX on a windows xp computer for about a year before I finally upgraded to the next version of Cubase. I never had a single problem with it or a single crash in when using all of the available tracks and maxing out the mixer tracks with all types of effects, hardly any lags when running Asio drivers. There are a lot of different versions of cubase out right now, in my opinion it really doesn’t matter which version of Cubase you start on. They all are basically the same thing, maybe just a few small things tweaked within the programs, but besides that there is no difference between them.

Overall Cubase SX is a great program that I recommend to anyone getting into music production on the computer. Even if you are a hardware music producer you can switch over to this software in no time and have no problem adjusting to it. Cubase SX will allow you to have complete 100 percent control over your projects and you can even save your project files and open the project up on a different computer if needed. You flat out cant go wrong with Cubase, as it is recognized all throughout the computer music world and every musician has either heard of Cubase SX or has used it at some point in the creative process of the music that they create.
Did you find this review helpful?yesno
»

Steinberg Cubase SX 1
4
Everything you need

i think there is still work to do. How about some DOCKING? I am tired of floating windows that need to be managed by hand all the time!

quality - no problem there

Steinberg Cubase SX 1
5
Features are great, haven't found anything of note missing yet although i don't push it that far, and it is my first full on sequencer package. Could whinge about lack of OMF and other film/multimedia options, but i suppose that's what Nuendo is for.

I found it very easy to usse and get going on. The main thing is getting your head around the file management, clips events parts regions etc.

Sound is as good as your sound card.

not really applicable. It's reasonably stable, has crashed a few times but keep in mind, mine's still v 1.02.

I really like it, i'm not obsessed yet, but i get the feeling i soon could be, was going for logic until mac decided to screw PC users, but i guess that's their job.

Originally posted on FutureProducers.com
Posted by: Unknown ( 1-, 2003)
Did you find this review helpful?yesno
»
Read the 24 user reviews on the Steinberg Cubase SX 1 »

View the 5 files about the Steinberg Cubase SX 1 »