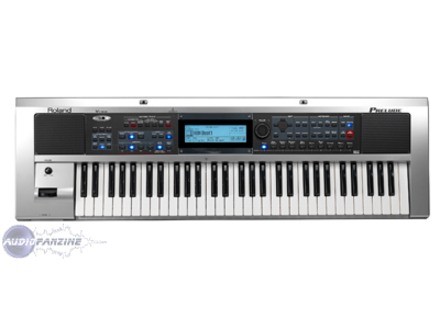 alex_70's review (This content has been automatically translated from French)

Roland Prelude-E
1
Consult the news section for the characteristics.

I brings my rating 1/10. I think for 899 we are entitled to get what Roland Prelude that have a minimum profit of last 25 years since the first released arranger keyboards.
And I do not speak specially of components that could be better. I do not mean that integrates Roland in 2010 on a machine of this price processor ncessite 5 minutes to power transfrer 25 midi files from a USB key.
I speak of the contribution effort operating system that controls the machine. When you pay too expensive, the manufacturer should he not make a srieuse bug fix before launching a machine on the market?
The buyer must ultimately remain with a machine that is not able to do what it says in its manual.
And even if the bugs corrected t what about ergonomics so rigid and poorly thought this sentence operating system worthy of programmers mid year 80?
Both components have a price being added every best out of the factory.
However, the code of a pilot system does ncessite him a unique production cost. To be bcl this point, you really do exprs.

Roland Prelude-E
5
This is an arranger keyboard that contains five octaves.
Yes, it has some effects.
In all, there are 1933 different sounds! And a "drum machine" very complete.

The general configuration is simple but if you search for more in-depth features, the manual is this is necessary. And the manual is very clear and my taste enough.

I have been using for over a year and I am very happy.
No, this is my first "Synth".
+ All the sounds of good quality and sequencers
On-The small size of keys and a little too light but Sufis.
The value for money is excellent
And with the experience so, I would do this choice.

Published on 04/22/09
Prelude is described as "Roland’s next generation of home-entertainment keyboards".

See all 9 photos of Roland Prelude-E »