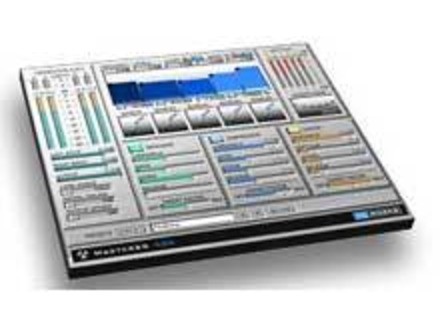 Otherwise, note the incompatibility of MAS in TC PowerCore plugs ... Therefore busted a VST converter is not free but ...

The rest is a virtually alone. (Just put the plugs in the correct folders).

The config is super stable, no worries for now.

It can paddle if too many plug TCPowercore remain with the window open but if you think so only keep the window two or three plugs that want to edit, even if the card is turned over 20 other plugs, has not not row. (Roughly, oddly, the display operation takes a lot of plugs on the CPU).

Cot's, I have a TC Finalizer hours and I now have a TC DBmax with virtually the same engine Exp / Com / Lim and soft clip, its level, the X5 did not observe anything against envy by the adjustment level, adjusting the processor dynamic individual band is obviously not on the X5 (the X3 and also I think)! on the other hand can interagire between bands via a series of curves prprogrammes; a prs can walk but can not draw its own curve.

the interface is simple and efficient (from their brand "range" instead of "atack" on the limit and compressor and there is no atack on Expender ... ).

Nice little trick, you can listen to the tapes sparment (but can not intervene in individual settings for each band, it can be a frustrating but good).

Overall, it's serious, it's a great tool in addition to costs less than a Finalizer Express.
If a mix may prs correct, we can quickly optimize the sound and have a proper results trs nothing to do with many software plug multi-band compression, the same sound when a well-trs .

Too bad the lack of a setting other, it was almost a DBmax (broadcast version of the Finalizer)! The absence of atack on Expender is a nuisance and can individually adjustable threshold also ...

We can use up to 4 simultanment with Powercore PCI gnration first but you can still place a bunch of other plugs (comp, EQ, distortion etc ...) run at the same time as the 4 masterX5 dja office. The DSP Powercore do not saturate as a and what is right is that which consolidated plugs may still sound great gnralement parfoi even better than the M2000 and other versions rack!

Also, we have the possibility to rotate the plugs without latance (for the live or monitoring) for cons, the computer must be a racing because in this case, a severe beating down the CPU. (On my G5 1.8 Mhz, Mode 0 latency, that I can put 4 or 5 plugs before saturation of the CPU (the display because in fact the computer continues to run trouble-free even with the CPU indicator 100%))

For the price, when you have a Powercore has not vaud not to miss out by blows against, if one already has the X3, I think this is a + but not essential.