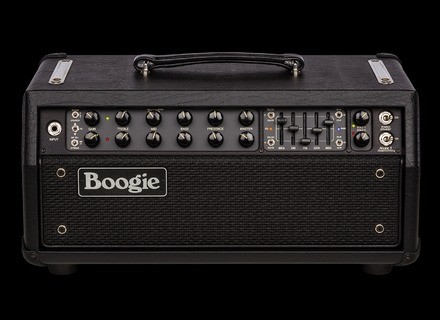 stingray_3440's review"A new Mesa - The sound and more important, the functions of this amp are just about perfect. "

Mesa Boogie Mark Five: 35 Head
4
I had a rect-o-verb 50. It had outstanding sound quality. But I needed some serious downsizing and this seemed to fit the equation. It's the head version on a 2x12 cab. Light, small and packs a BIG punch.
It is a new amp for me. The cleans are crisp, fat and warm. As with any Mesa, it takes some work to dial in. But once you do, wow. The second dirt channel is also very very good. A true Mesa sound. Add the eq and you can setup just about any sound you are looking for. And they all sound great. The only drawback would have to be the reverb. Although it is very good, it was better on the Recto. But 9 out of 10 ain't bad.
35w max. Not to worry. I've never had it above 5 even at the big bars. And if you need more, patch the XLR CabClone to the PA. It sounds as if it's mic'd.

Now, on to the really good stuff. First, that Cabclone XLR output with 3 cab simulators is really nice. Second, It has a built in speaker load, you can play without speakers. But by far the best feature for me is the the dual switchable solo selection. A "look ahead" solo function allows you to set the solo ON on the channel you are NOT playing through. For example, there are songs I have to play the rhythm clean and then do a lead dirt solo in the middle. Set the dirt channel on, click on the solo for that channel, then return to the clean channel. When the lead is needed, simply click on the dirt channel and wa-la, instant dirt solo volume. Sweet.

They are pricey. I bit it and got a deal on one.