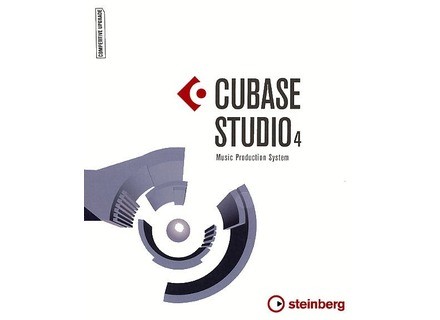 prudence's review (This content has been automatically translated from French)

a good word to

I find it disgusting that they needed but is not baiss prices normals updates in progress?
Did you find this review helpful?yesno
»

Steinberg Cubase Studio 4
5
- Installation is it done without problem? Yes
- Have you encountered the incompatibilits? NOT since the 4.1.0 update rentr everything is in order (thank you Steinberg)
- Is Gnrale configuration is easy? Yes
- The manual is clear and sufficient? ... YES?

- What is the configuration of your computer? (Map mother / CPU / RAM / Disk / sound card ..) MAC G5 DUAL XEON DUAL CORE 2Ghz
- The software works he correctly on this configuration? Yes
- What performance? (If quantifiable) GOOD
- Is this matrielle + software configuration stability? Yes

- How long have you use it? Since its release in December 2006
- Strengths: The synths, effects, The Media bay, the interface, the VST Plug-in Bridge that finally allows us to use our old vsti
- The -: The Amp Simulator
- Have you tried many other models before acqurir? THIS IS NOT AN UPDATE
- How do you report qualitprix? 109 euros is gonna be worse
- Opinion is an update from the output of this software.
- Concluding with the update 4.1.0 I have no problems
Did you find this review helpful?yesno
»

Snoopian's review (This content has been automatically translated from French)

Steinberg Cubase Studio 4
4
[the installation is done it without problem? ]
Without any worries, whether on PC or Mac. The only downside is (and always will be) the USB security record. It's heavy, it's annoying, it's no use!

[have you encountered any incompatibilities? ]
PC, I had big problems with my Xenyx 1204. I could configure my input on one channel and the sound was pretty bad. This problem was partially settled by the Muse to version 4.5 of Cubase.
On my Mac, it went like a letter in the mail!

[the general configuration is easy? ]
Ben is Cubase ... The real thing over the top and Cubase. The general setup is simple if you want to keep it simple. As soon as one speaks of mastering tricks or individuals must be of the trade

[the manual is clear and sufficient? ]
Ah yes, the bible of 2 tons (+ the thousands of existing books ...)!

[the software runs he correctly on this configuration? ]
Perfectly well on platform 2 (a little better on the Macbook, but that's normal).

[did you tried many other models before buying it? ]
No novice in the middle of recording, I was working (if you can say it as well) on apps like Magix Music Studio ...

[what is so special that you love the most, least? ]
Goodies: Full, Cubase is a reference
Cons: complexity of use for novices, the price

[how would you rate the quality / price? ]
The price is up to the software and reputation.

[with experience, you do again this choice? ]
Oh no! I gave up after nearly four years to go to Logic Pro.
Did you find this review helpful?yesno
»

François B.'s review (This content has been automatically translated from French)

Steinberg Cubase Studio 4
4
- Installation is it without problem? No
- Have you experienced any incompatibility? No
- The configuration gnrale is easy? Yes, think about restarting after installation because the log does not automatically licensed and Control shows that the dongle does not contain code ... (The flip, the dpart)
- The manual is clear and sufficient? ... I did not read

- What is the configuration of your computer?
Motherboard: P5W DH Deluxe
Processor: Core2 Duo E6400
Ram: 2GB DDR2
Sound Card: EMU 0404
Keyboard matre EMU X-Board.
- The software works he correctly on this configuration? No worries for now.
- What performance? (If quantifiable) request more resources than the SX3.
- This software + hardware configuration is stable? At the moment nothing has jump.
I bank with boss sounds I have not tried the recordings of "real" instrumentals.

Big fear APRS purchase since I heard about a lot of compatibility problems with VSTis infrieurs 2.4, I possde EWQL silver box and Plugsound respectively 2.3 and 2.0, no worries , they set off without problem and are very stable.
The bank has offered HALionOne ... trs average, do not expect it to work srieusement.
SX3 open nickel projects, for cons I think I read once renregistrs they are more readable on the three versions.

- How long have you use it? 1 week
- What is the particular feature you like best and least? At least not export MP3, which will make me change my ways and I headed a free-form ^ ^ (OGG)
- Have you tried many other models before acqurir? SX3
- How do you report qualitprix? Well, since I use it as SX so it is a SL.
- With the exprience, you do again this choice? ... No problem, I economy the price of the SX4 version since I use it as an amateur, with no major needs.

Did you find this review helpful?yesno
»
Read the 9 user reviews on the Steinberg Cubase Studio 4 »