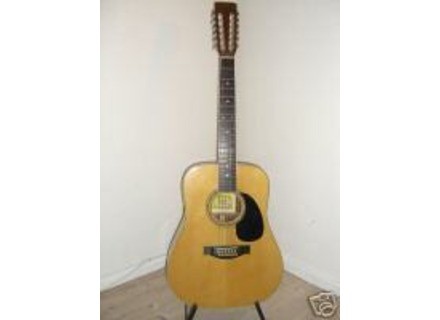 Here's what's made more upscale in the days when guitars were made in Japan by former makers of Nagoya, converted back to subcontractors and then launching their own brands. Of the three models of 12-string to the catalog at the time, the f-250 was the most expensive of the three.

As always, we can not quote a tool that if you find someone to buy at this price point, but it seems that the rating of this approach in the U.S. where the Suzuki out of the wood ... In France, for cons, we sometimes find at attractive rates, although some models are a little scarce around here.
See the source
Did you find this review helpful?yesno
Cookies help us improve performance, enhance user experience and deliver our services. By using our services, you agree to our use of cookies. Find out more.