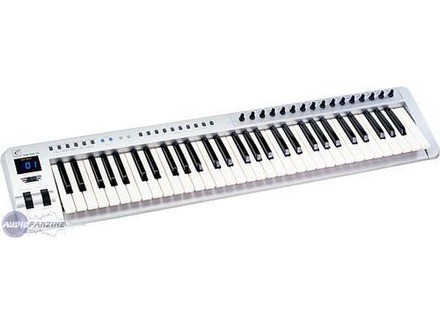 -The key is more than enough for electronic music. the keys are not weighted, it's not a keyboard heavy, but the velocity and the answer is very correct. The bad reviews are from the wrong choice of master keyboard to "play the chopin"
short, pianists, go your way!

- Very simple configuration:
one branch, we play. Allow the driver to install a better latency (almost zero with ASIO)

Same for the knobs, midi learn function allows, with apps that support it (eg Reason), not to take the lead with the midi channels. you turn, it assigns

not need the manual almost

Use for 3 years, good reliability despite the appearance of cheap buttons according to critics. never had a crash at twelve o'clock config
See the source
Did you find this review helpful?yesno
Cookies help us improve performance, enhance user experience and deliver our services. By using our services, you agree to our use of cookies. Find out more.