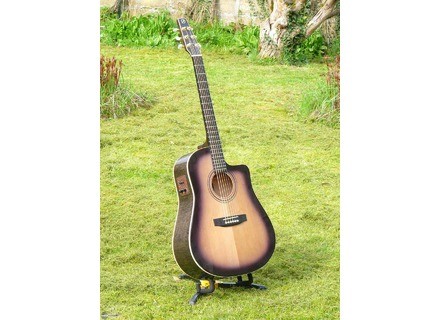 Brilliant and balanced sound, good sound projection.
Picking or rhythm, is a versatile guitar.
I use it with an EAR ampicillin and once connected, it gives! I think it's a good combination.

Well, that's my mine for almost 10 years so I'm subjective.
When I bought it, the market for electro was not as developed as today and was dominated by Ovation, Takamine, Yamaha. So I thought my choice to steer one of these brands but once tried several models, it is really that it hit me in the ear. A constant budget, it was clear. In addition, it has a really original look.
I did not notice at 10 because I'm sure you can do better, but it is more expensive.
Ultimately, if Frank Sinatra is willing to share me against his Franck Cheval ...
See the source
Did you find this review helpful?yesno
Cookies help us improve performance, enhance user experience and deliver our services. By using our services, you agree to our use of cookies. Find out more.