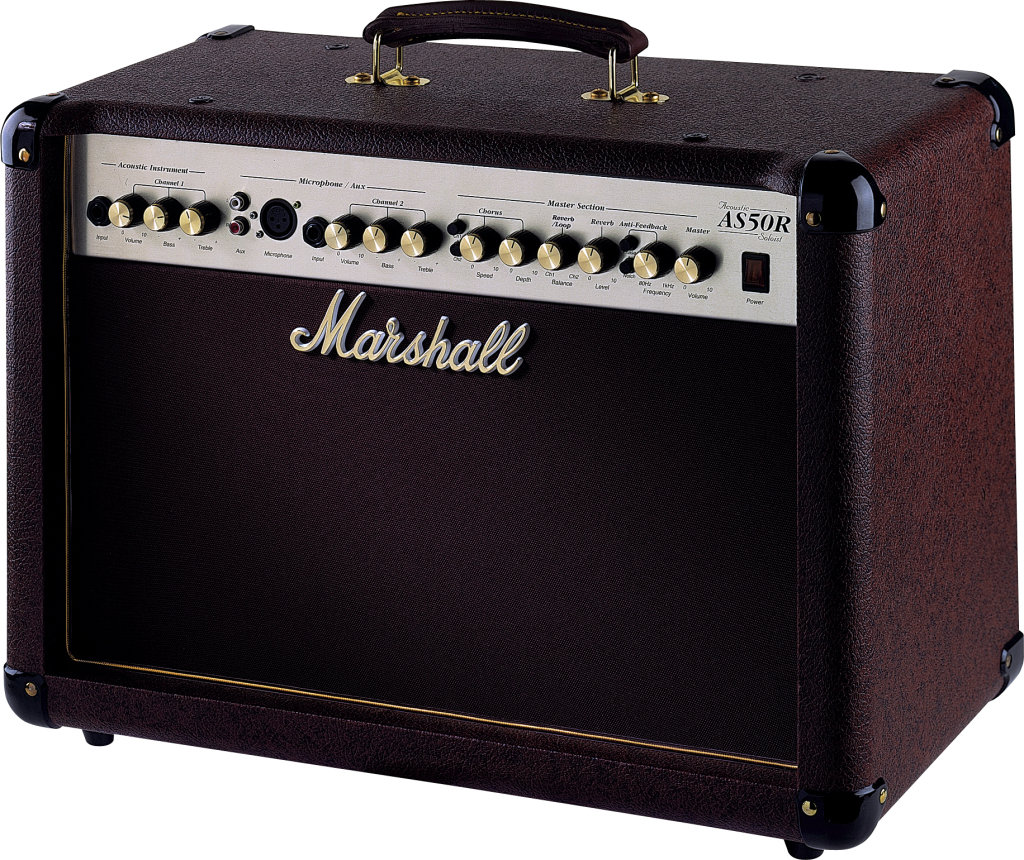 Acoustic-Electric Guitar Amplifier from Marshall belonging to the AS series.

View other reviews for this product:
-Livingroom-

Publié le 11/12/13 à 02:05
50-watt solid-state amp, although the output power is gentler than that of a tube amp. The anti-feedback function isn't easy to adjust. It features a reverb and a chorus, an XLR input for guitarist who sing, as well...it's handy when you're playing on the streets.

Two channels, which isn't very useful, except for the fact that the second one has an xlr input (and I seem to recall it also has an RCA input).

It's great for CLEAN acoustic and electric sounds (distortion is not its thing, not even with a great effect) and it's awesome for picking!

It was great when I played only acoustic sets with my band. Many great acoustic artists use it due to the quality of its clean sounds. It's also a handy online monitor for artists who can't hear a thing onstage.

Effects are discreet and nice, even when pushed to the extremes. The guitar signal is well respected even if it makes everything sound somewhat mids-heavy.

I use it now at home to practice picking. I love its dynamic response and clean sound. Its value for money is not bad, considering that there aren't many acoustic amps on the market. To the question of whether I'd buy it again, I'd have to first ask myself "Do I need it?," considering that you often have monitors and DIs onstage...
00