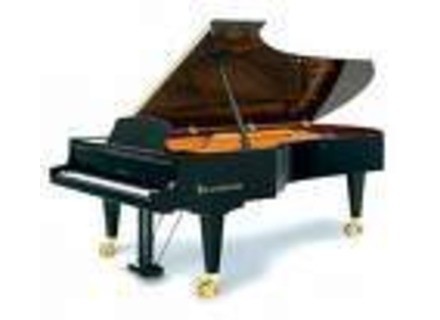 View other reviews for this product:
The Bosendorfer 290 Imperial is a phenomenal instrument. Bosendorfer are arguably the most well-known piano manufacturer in the world, and it's not hard to see why. The version that I've played most is a 290 model that has been refurbished considerably, so it's a little more worn in than some of the newer models, but it's still quite similar. The piano is great in that it sounds almost completely different depending on who is playing it. The studio I worked at had one as their main piano, and many a good jazz pianist has used the piano and loved it. Classical pianists also appreciated it very much, and that mutual appreciation is something I didn't think was very typical. The high end on it is bright and shimmering, without being too shrill. I have heard some pretty dynamic and abrasive players on this keyboard and it has never once been too much low or high end. That being said, both the low and high end on the piano are stellar. Dynamically, this piano is incredible, as the response to pressure and touch for even a relatively inexperienced player such as myself range from barely-audible soft tones too deafeningly loud. That is arguably the defining feature of the instrument for me.
I've played many a piano, before and since my time at the studio, and it's a shame that so few of them impress me anymore. Not being a very skilled player, I nonetheless know enough about the instrument itself to know quality when I hear it. Getting one of these in good shape is very much a good investment, as long as the piano is well-maintained. The only downside I can think of is that they are, in fact, rather delicate, and one wrong move can be disastrous.  But as long as you don't move it too far, and keep it tuned regularly, it will serve you well. Highly recommended for studio owners who do live recordings of jazz and classical pieces.