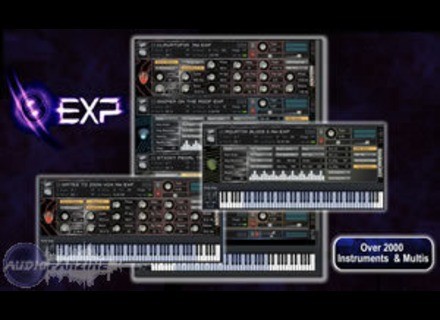 Expanding the periodic table
The Elements EXP is based on the 6 Elements of music; Ambience, Bass, Harmony, Impacts, Melody, Rhythm. This Expansion brings new functionality to the table, with performance ready arpeggiators and gators, as well as a host of new on-screen automation-ready effects such as: Chorus, Pulser, Delay, Reverb, EQ, and Portamento.

For New Elements Owners $359: The Elements EXP is an entirely redesigned product that gives you not only all of the instruments from the original Elements, but with a completely new user interface, and an additional 350 patches bringing you a total of 2000+ instruments and multis. The Elements EXP has an MSRP of $359.