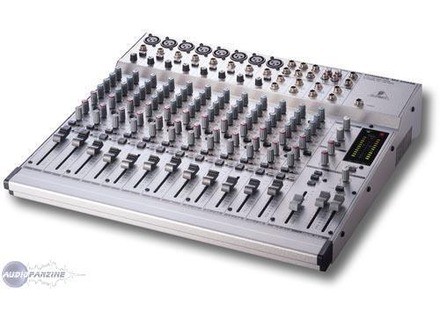 Eurorack MX2004A, Analog Mixer from Behringer in the Eurorack series.

Trs easy to use, as the majority of analog consoles CHARACTERISTICS same elsewhere.

Ae is the only hurt!!
We'll start with qualiseur: a will yet, but it should not be too much to ask ...
Then the pramps (the sensitive part of any console):
low, I found bruiyants less than the Mackie, but then it goes a little ds, we no longer talk of signal / noise ratio but to report noise / signal.
Basically, for rsimer, great condition not to solicit the pramps micro ...

has more than 3 years I use it (because I'm not in for another pay more :-()
The console is the same level of respect that qualitprix Mackie (or the hurt is that it is really less CHRE, so ...), ... Well, nothing thundering for a console that price ...
See the source
Did you find this review helpful?yesno
Cookies help us improve performance, enhance user experience and deliver our services. By using our services, you agree to our use of cookies. Find out more.